DALLAS – While many players are spending their evenings at this week’s AT&T Byron Nelson plotting a strategy to tackle a new venue, Branden Grace has been catching up on his sleep.

Grace’s wife gave birth to the couple’s first child, a son named Roger, on April 23. The weeks since have been filled with all the typical tasks of a couple adjusting to a new member of the family, and they’ve been short on consistent slumber.

“He’s been phenomenal. Him and his mom are doing awesome,” Grace said. “It’s amazing how you can love a little man like that so much.”

Grace took some time off around the baby’s birth, and last week’s start at TPC Sawgrass was his first since the Masters. The South African finished a modest T-46 on the Stadium Course, extending his streak of consecutive cuts made to 17 tournaments.

Grace likely won’t be sweating the cut this week at Trinity Forest, having opened with a 5-under 66 that included just one bogey and left him one shot off the early pace as he looks to contend for a second career PGA Tour title.

“Last week it was a little trying to get the baby swing out of the way a little bit. Today was good,” Grace said. “I didn’t miss a fairway out there. I hit probably most of my targets that I tried to go to, and kept it in play which gave me a lot of opportunities.”

Grace has only one top-10 finish in seven Tour starts this year, but buoyed by the new addition to his family he’s hoping to make the most of his time away from his wife and child – and also enjoy a chance to rest up a bit.

“(Sleep) has been good the last couple days since I’ve been here. Back home, you know, fortunately we’ve got a nanny helping out,” he said. “I wouldn’t change it for anything in the world. It’s great to have a little family now.” 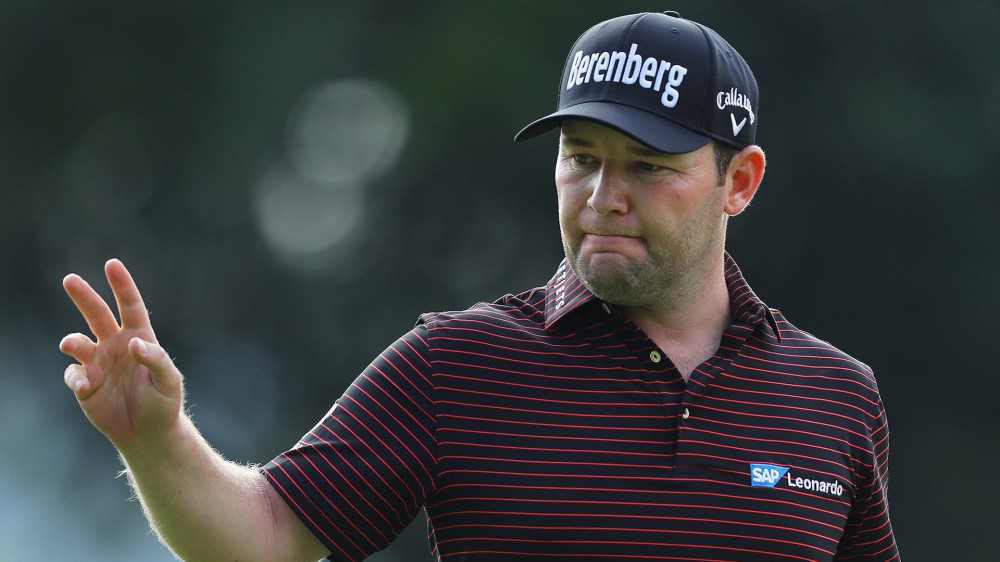