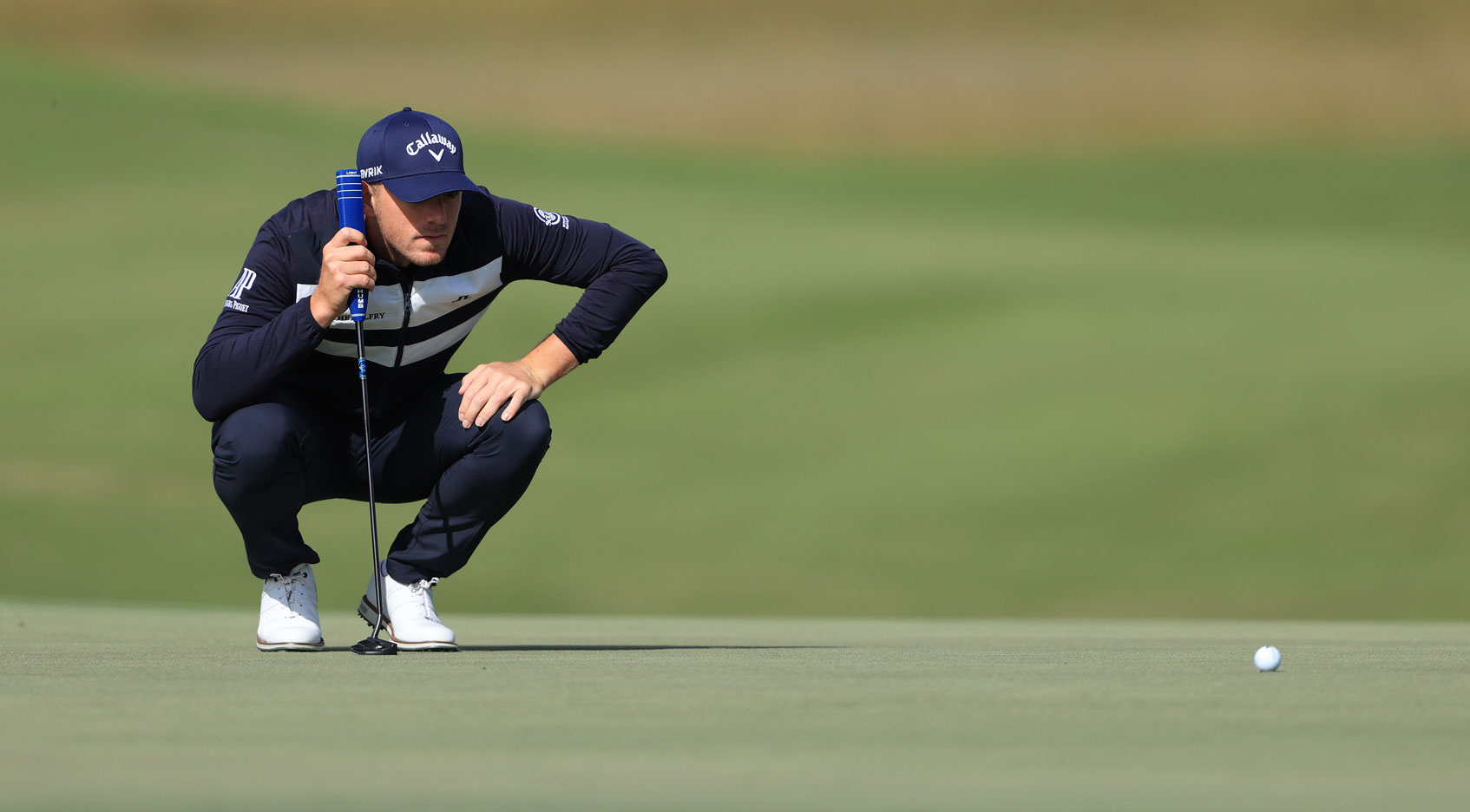 Hitting it straight is inconsequential if your alignment is off. That was the problem for Matt Wallace. A small tweak helped him get back on track and take the first-round lead at The RSM Classic.

After switching to a putter with no sightline on the head, Wallace gained more than four strokes on the greens in his first-round 64 at Sea Island.

GolfWRX had the chance to speak with Odyssey Tour Manager Joe Toulon about Wallace’s new magic wand. Here’s what he had to say.

“Matt texted me after he finished up at Augusta saying he wanted to look at something different this week. He works with Mike Kanski (who works under Phil Kenyon) and Mike plays a big factor in deciding what putter works or will work for Matt,” Toulon said. “Matt liked the numbers he was getting with his Las Vegas (model) in terms of how the face angle was matching up to his arc but something was off. He asked to try a couple different putters, one of them being an Atlanta with no sight line. We made sure the Atlanta had the same hosel as his Las Vegas because, again, his path was very good. However, we went with no sight line on the Atlanta as opposed to the top sight line on the Las Vegas.

“We were able to make the putters and get them to him on Tuesday morning. Fortunately, Phil Kenyon has an Odyssey studio at Sea Island and Matt was able to do some solid testing with a few different putters. He worked with David Angelotti at the studio on Tuesday and we found that Matt aimed the Las Vegas about 2 degrees right of his intended line. When he tested the no sight line Atlanta, he aimed it just less than 0.5 degrees left. So obviously, because his path was still very good, he was all the sudden seeing his line much better and starting it on-line.”

Here are the specifications of Wallace’s new putter: