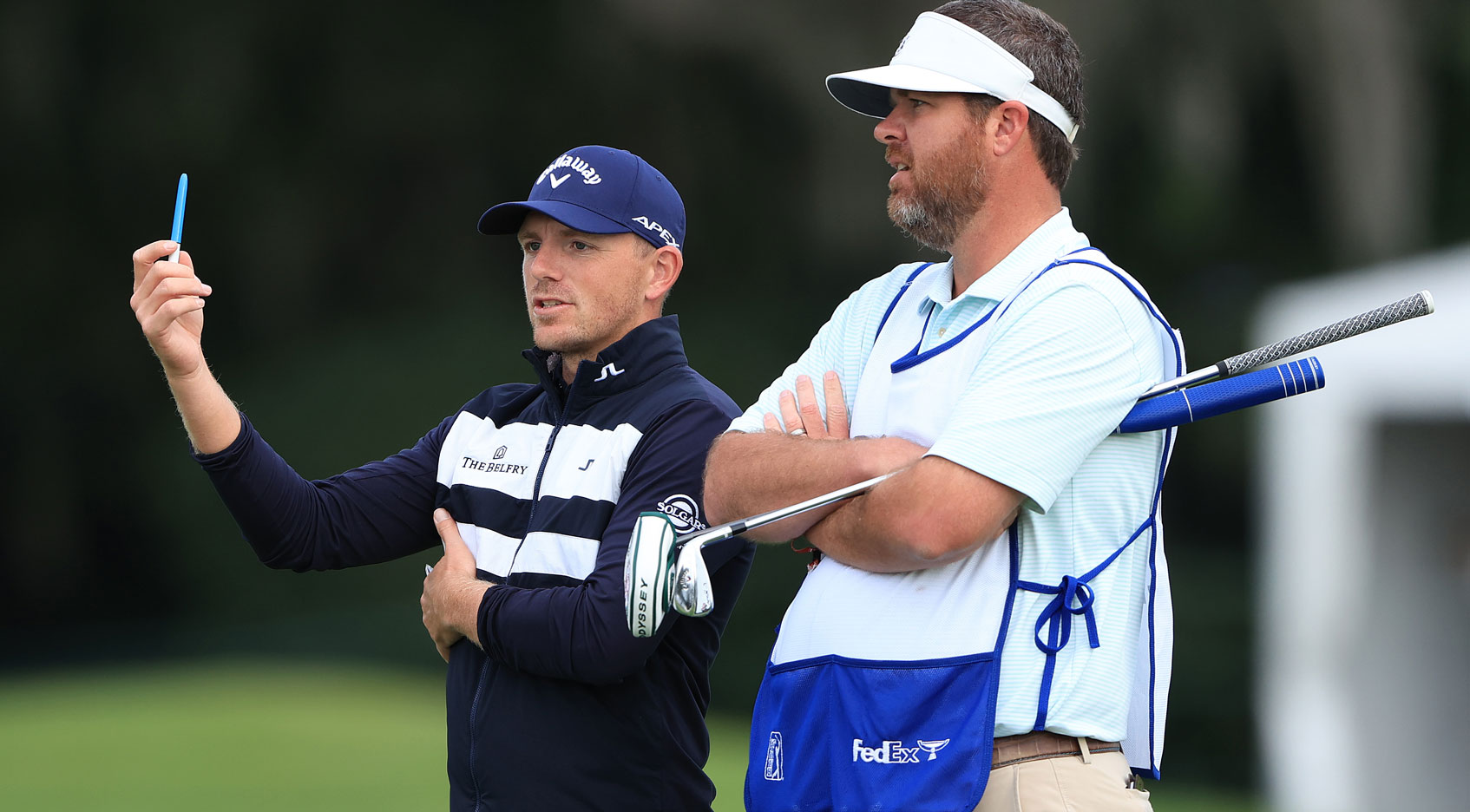 ST. SIMONS ISLAND, Ga. – Jeffery Cammon is a clubfitter at the Sea Island Resort. He carried clubs on Thursday. For the leader of The RSM Classic, no less.

Cammon was called into action when Wallace’s regular caddie tested positive for COVID-19 on Monday. Wallace said his caddie has not experienced any symptoms and Wallace tested negative for the virus.

With Wallace playing The RSM for the first time and two courses in use this week, Wallace thought it would be wise to use someone with local knowledge.

As one would expect, Cammon was curious how much input his new boss would want.

“I was like, ‘Listen, mate, I don’t need anything. I’ll ask you a question and you answer it just with pure facts of what you think,’” Wallace said after shooting 64 on Thursday. “It worked well today. I said to him, ‘Is the wind more out of the left than it is like helping,’ and he’s like, ‘Yep,’ and that was it. It was really simple. Struck the ball really nicely today and rolled the ball well.”

Wallace was third in Strokes Gained: Putting on Thursday, gaining +4.44 strokes on the greens. He made four putts from outside 15 feet, including a 30-footer for par on his final hole after driving into the water.

Wallace also switched putters this week, to a model that doesn’t have an alignment line on its head.

“My putting hasn’t been where it should be and it was the area I needed to work on the most,” Wallace said. “I chose the no-sightline (putter) and was able to roll the ball end over end, which is the part of my game that I do really well. I haven’t been doing that, so getting back to that this week has been really nice.”