Jesper Parnevik shot 9-under 63 Friday to grab the first-round lead at the Oasis Championship while Gary Nicklaus is just outside of the top 10 in his PGA Tour Champions debut.

Parnevik, 53, leads Bernhard Langer by a shot thanks to nine birdies, including four straight at Nos. 4-7, at the Old Course at Broken Sound in Boca Raton, Fla. It was a surprising performance for the Swede, who owns one victory on the senior tour.

“I probably tried 40 putters just this week and probably 50 different strokes,” Parnevik said. “Nothing was working. At the last second, I said I’ll do everything opposite from what I think. If I slide my hips like crazy, I feel like I’m hanging back, bam, that works. So I did that, which felt like terrible, but man, it was unbelievable. Man, I’m mostly shocked right now.”

Nicklaus, the 50-year-old son of Jack Nicklaus, carded an opening 67, a round that also included four straight birdies, at Nos. 3-6, plus 15 greens in regulation. Nicklaus, who failed to earn his PGA Tour Champions card via Q-School last year, is tied for 11th at 5 under alongside major champions Fred Couples, David Toms and Darren Clarke.

Full-field scores from the Oasis Championship

“I was out of my element and kind of shaking like a leaf, which I didn’t expect,” said Nicklaus, who had his pops in his gallery Friday. “But I kind of pulled it together, birdied the third hole and was off to the races.”

Langer, 61, who won this event in 2010 and was second last year, closed with back-to-back birdies.

Woody Austin, Gene Sauers, Tim Petrovic and Ken Tanigawa are tied for third at 7 under.

– Information from the Associate Press was used in this report 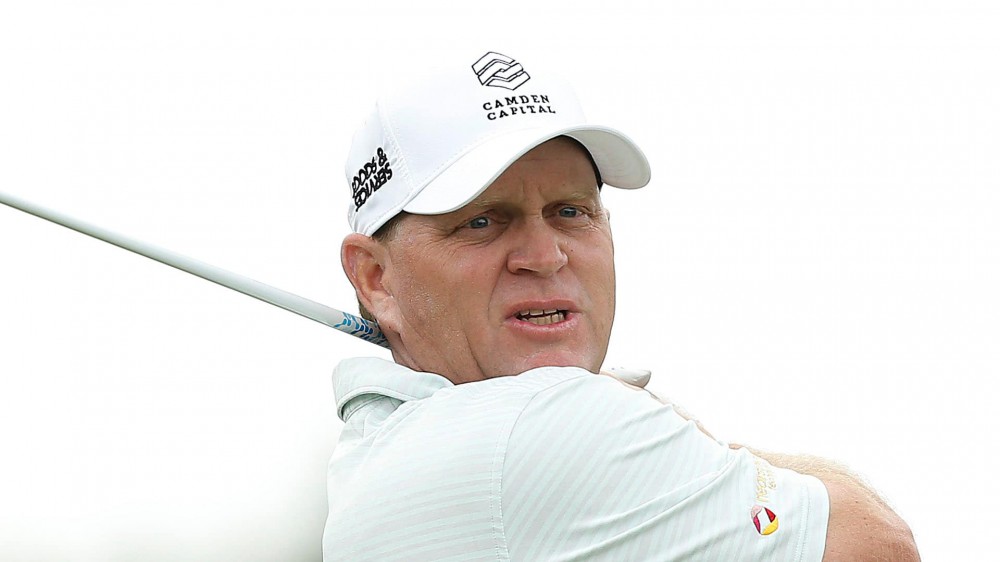