Golf notables, including Jack Nicklaus and Phil Mickelson, were at the Capitol Rotunda in Washington, D.C., on Tuesday to pay tribute to former President George H.W. Bush.

Bush died Friday at age 94. In addition to being the 41st President of the United States, he was also a golf enthusiast who made significant contributions to the game and was inducted into the World Golf Hall of Fame in 2011.

His body is lying in state in the Capitol Rotunda until Wednesday morning’s funeral service at the Washington National Cathedral.

Among those gathered on Tuesday, in addition to Nicklaus and Mickelson, were former Presidents Cup captains Hale Irwin and Fred Couples, as well as CBS Sports lead golf announcer Jim Nantz. They were joined by other notables from the sports world including, Peyton Manning, Chris Evert, Mike Kryzewski and Jim Calhoun. 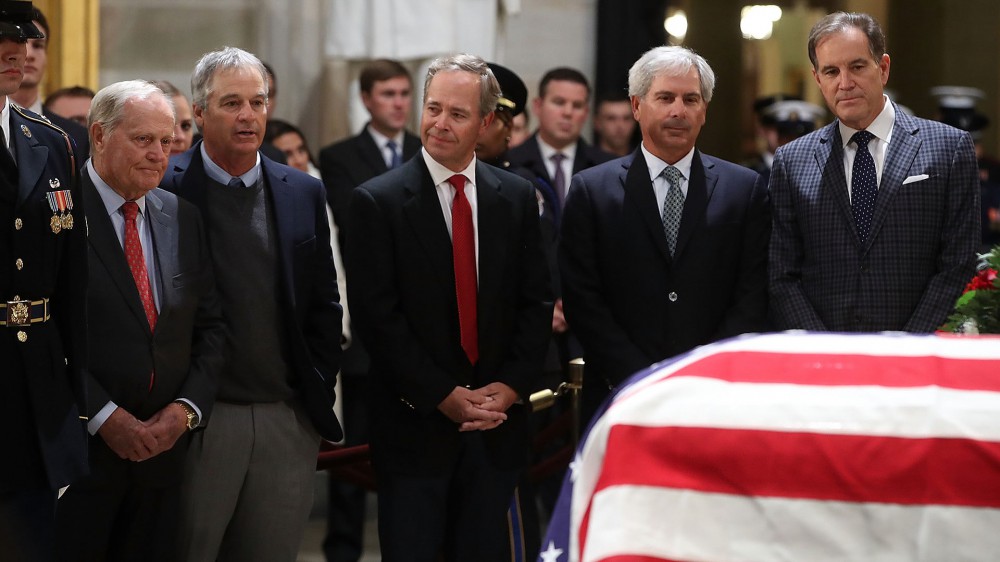