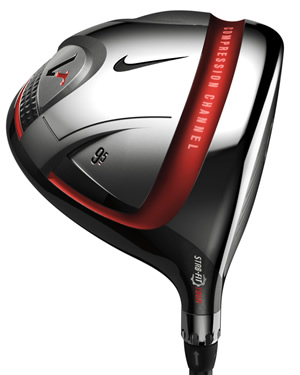 Nike VR STR8-FIT Tour Driver Review – The Nike VR STR8-Fit Tour driver is one of the best looking drivers Nike have produced so far and the classically styled head at address looks great.

The silver ‘crescent’ that was on the back of the club head has thankfully gone, but the design feature is subtly still there through a small ridge across the back of the head, which we think is very clever. The styling all round looks very aggressive so we were expecting great things when we put the club into action.

The performance of the club was pretty good and the STR8-Fit system allows you to adjust the angle of the head at impact. The wrench is not the easiest thing in the world to use, but the beep when you tighten it up is fun.

There are a lot of options and although it is not particularly intuitive, once you understand what change will achieve the flight you want, the club does deliver, although we would have to say it is quite subtle.

This is a very competent club but it is let down by the sound at impact, which is back to the high pitched crash that early Nike drivers had. Maybe this is intentional, but there are several drivers around that sound better and and even though the Nike VR STR8-Fit Tour driver has the advantage of being adjustable, this may not be enough to make up for the sound in a very competitive sector.