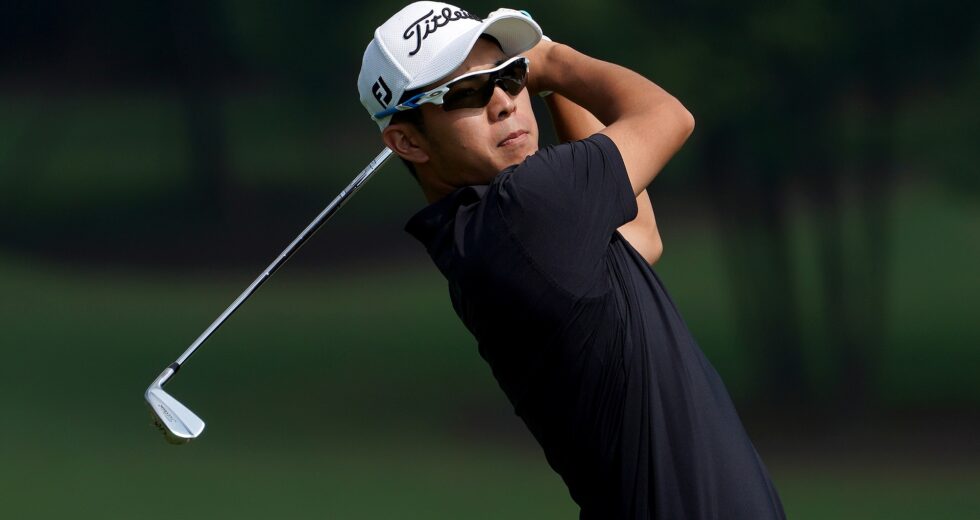 The Asia-Pacific Amateur Championship is set for an intriguing finish in the desert.

Atop the leaderboard is Keita Nakajima, the No. 1-ranked amateur in the world who is searching for another signature victory. The 21-year-old from Japan carded a 4-under 67 to inch in front at Dubai Creek Golf and Yacht Club, just one shot clear of two-time AAC winner and defending champion Yuxin Lin.

Nakajima birdied the 16th hole and then buried a 15-footer on the last to save par after finding the penalty area off the tee. That kept him in front at 11-under 202, with 11 other players within four shots of the lead heading into the final round.

“My mentality was to be strong in this tournament,” Nakajima said. “I’m so happy with the last three holes.”

A victory at the Asia-Pacific Amateur comes with invitations to both the 2022 Masters and Open Championship, provided the winner remains amateur. Nakajima is already exempt into next year’s U.S. Open and Open by virtue of his McCormack Medal as the world’s top amateur.

Nakajima has achieved his high stature in the game primarily by competing in pro tournaments in Japan. He has fared well against the tougher competition, even winning the Panasonic Open earlier this year and finishing 28th recently in the PGA Tour’s Zozo Championship. He also took the Japanese Amateur this year.

Lin shared the first-round lead but dropped four back at the halfway point after double-bogeying his final hole of the day Thursday. He found a swing key on the range before his third round and ripped off three birdies in a row to start, ultimately shooting a 65 that gave him a chance to become the first player to win three AAC titles. He won in 2017 and ’19; last year’s event was canceled because of the COVID-19 pandemic.

“I’m just really glad I have this opportunity to be in contention again,” Lin said. “Obviously, it would be nice to achieve the three-peat. I’ve got myself in this position, and I’m going to enjoy tomorrow and see what happens.”

Two shots back are Bo Jin, the 36-hole leader, and Sam Choi, the world No. 14. Taichi Kho matched the low round of the tournament with a Friday 64 to move within three shots heading into the last day.