Home Golf News & Information No. 17 at THE PLAYERS Championship 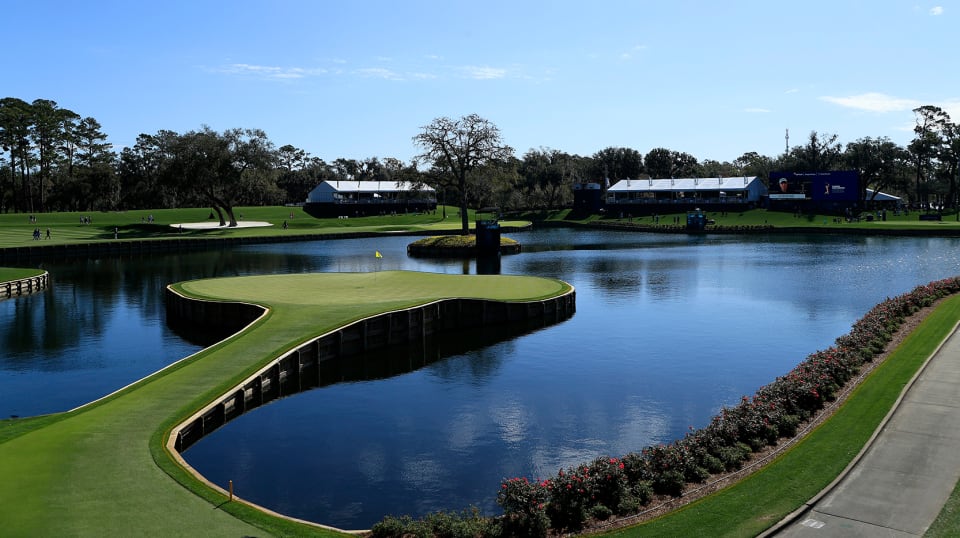 Editor’s note: Round 1 has been suspended due to darkness and will be completed on Friday. Below are the numbers from players who completed No. 17.

Byeong An will have nightmares for years to come after dumping four balls in the water at the par-3 17th green on Thursday. An needed to make a 4-footer for an octuple bogey 11 on the iconic hole to ensure Bob Tway’s 12 from 2005 remains the highest score on record for the drama-filled short hole.

The former International Presidents Cup team member saw his tee shot come down short of the green before he hit two shots long from the drop zone and a third short from the same spot before finally finding dry land with his ninth shot.

Darkness halted play before the first round was complete, but An wasn’t alone having trouble in what appeared perfect conditions. Charl Schwartzel, Kevin Na and Maverick McNealy all carded 8’s in their rounds as the 17th played as the second toughest hole of the day (3.358).

On the other side of the coin former PLAYERS champion Adam Scott hit the shot of the day, going within a whisker of a hole-in-one before settling for birdie from 1-foot, 7-inches. The longest putt of the day was Sebastian Munoz’s 46-foot, 9-inch birdie bomb.