No regrets for Leishman after CJ Cup playoff loss

It wasn’t the outcome he would have liked, but Marc Leishman has no regrets about going down swinging at the inaugural CJ Cup at Nine Bridges.

Leishman won twice earlier this year and gave himself a shot at another trophy with a birdie on the 72nd hole to join Justin Thomas in a playoff in South Korea. While both men parred the first extra hole, Leishman was the first to blink when he sailed his approach to the par-5 18th hole into the water.

Thomas subsequently found the back fringe with his second shot, leading to an easy two-putt birdie and the win.

“Obviously disappointing to finish off that way,” Leishman told reporters. “I probably got a little bit of a lifeline on the first playoff hole and I didn’t take advantage of it. You give one of the best players in the world a chance like that, he’s probably going to take it. Disappointed, but second is not all bad.”

Leishman was making his first stroke-play start of the new season, coming off a career campaign that included wins at the Arnold Palmer Invitational and BMW Championship. While he missed out on adding to his growing trophy collection, the Aussie is still expected to move to a career-best No. 12 when the new world rankings are published.

And as for the watery approach that essentially cost him a shot at clipping Thomas, Leishman has no plans to second-guess the aggressive mindset with which he played the hole.

“If you go down, you want to go down like that,” he said. “You don’t want to go down laying up and making par. I’d rather attack and try to take it. I would certainly sleep better at night just doing that.” 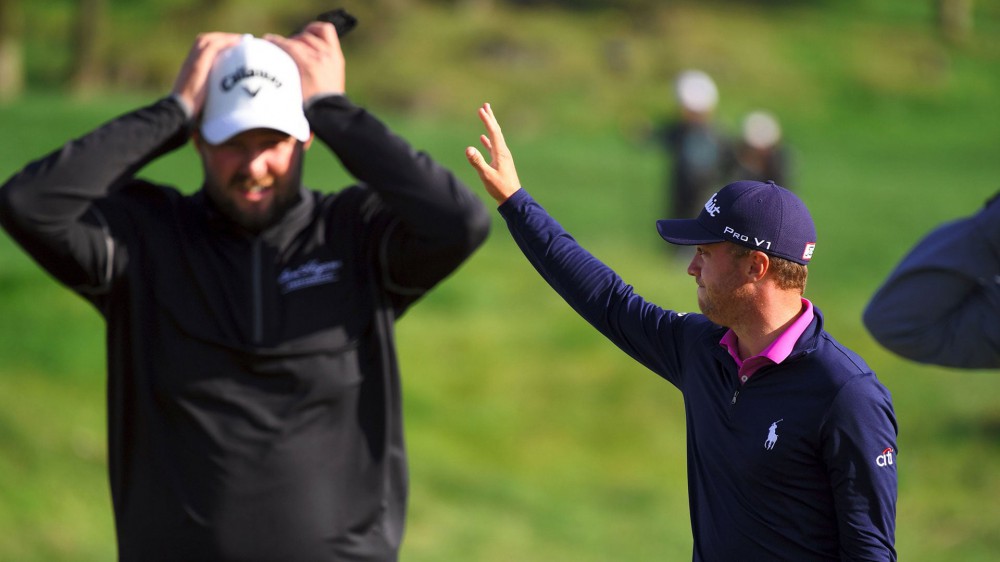 Perez: R&A does it right, 'not like the USGA'