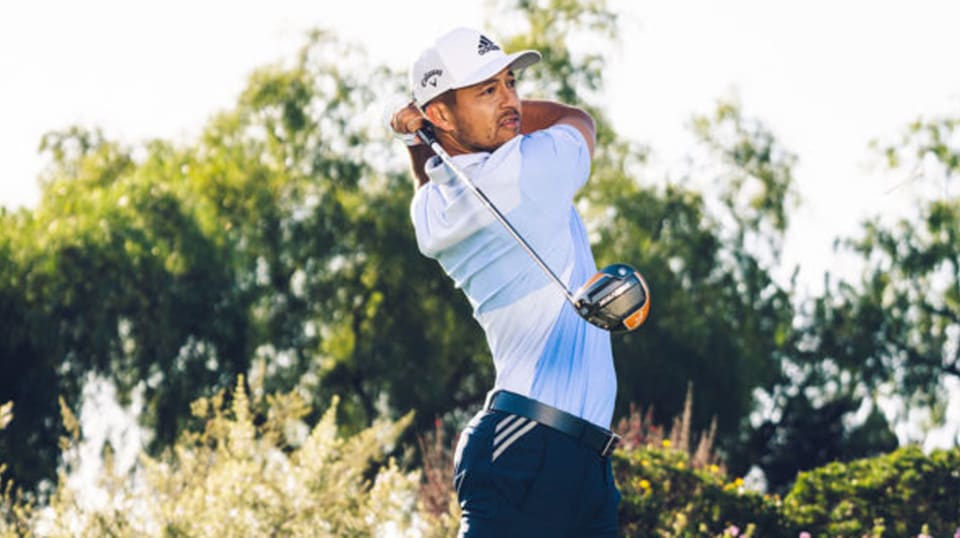 “People’s confidence gets elevated when they hit a shot that they feel like they’ve mis-hit it and the results are very similar to a good hit,” Davidson explained. “I think that it gives them the confidence to know that, hey, I can still execute the shot that I want without a perfect strike. So they’re more likely to use that club.”

For Davidson, a key indication that Callaway had a winner in the MAVRIK line was the high rate of conversion among its staff pros. Whenever their players tested a MAVRIK club, the increase in speed and the extra forgiveness was quickly noticeable. And the switch was quickly made.

Xander Schauffele was the first Callaway staffer to put a MAVRIK in his bag, back in December while representing the U.S. at the Presidents Cup in Australia. Schauffele won three matches with his then-prototype Sub Zero club that week – including his Sunday Singles match against the home favorite Adam Scott as the Americans rallied to win. A few weeks later, Schauffele was part of a three-man playoff at the Sentry Tournament of Champions.

Marc Leishman put a MAVRIK in his bag early in the season, then won the Farmers Insurance Open. “Took me only three swings to know it was the right driver for me,” Leishman said.

Of course, Mickelson continues to “hit bombs” in a remarkable display of length for the recently turned 50-year-old who uses a MAVRIK Sub Zero driver. And non-Callaway staff pros such as Brooks Koepka and Daniel Berger are using a MAVRIK driver; in fact, Berger won the Charles Schwab Challenge with a MAVRIK Sub Zero.

Now consider Will Gordon, who was ranked 812th in the world after he missed the cut at the Sony Open in Hawaii. Gordon arrived at Callaway’s performance center the Monday of the Farmers Insurance Open and switched to the MAVRIK driver. He finished T21 that week, had a Top 20 finish at the Puerto Rico Open a few weeks later. In his first start after the resumption of play following the TOUR’s pandemic stoppage, Gordon — playing on a sponsor’s exemption – finished solo third and earned Special Temporary Membership. He’s currently 197th in the world.

“You’re talking about a guy that’s trying to earn his way on the PGA TOUR with limited sponsor exemptions, on a big-boy golf course like Torrey Pines with extremely tight fairways and very penal rough, and he puts the MAVRIK driver in play,” Davidson said. “I think that was a catalyst to his confidence.”