ORLANDO, Fla. – Chris Kirk’s day through 17 holes had been as stress-free as you’ll find at Bay Hill. Six birdies and an eagle had moved him into the top 5 at the Arnold Palmer Invitational before his easy day became much more complicated.

Kirk’s approach shot at the 18th hole ballooned into the wind and dropped just short of the green and into a hazard. When he found his golf ball it was just inside the hazard boundary and he wasn’t sure if his shot had carried onto the green and spun back into the hazard.

“Obviously I wasn’t trying to drop it up there [on the green] if it didn’t cross, but I was sitting there looking at my ball and it was about 6 inches away from the line and it didn’t hit a rock,” he said. “The TV people were saying that it wasn’t even close [to crossing the hazard line].”

Kirk would have been allowed to take a drop just off the green had his shot crossed the hazard line before going in, but after receiving clarification he was forced to drop back down the fairway and made a double-bogey 6.

Still, his 6-under 66 was his best round this year and moved him to within two strokes of the lead.

“The last few months there’s been a lot of times where you kind of get the feeling like you just are not good at this anymore and it’s hard,” Kirk said. “I’ve definitely been putting in the work and have awesome support from my family. Hopefully, I’m going to be able to turn this into a bunch of days like today.” 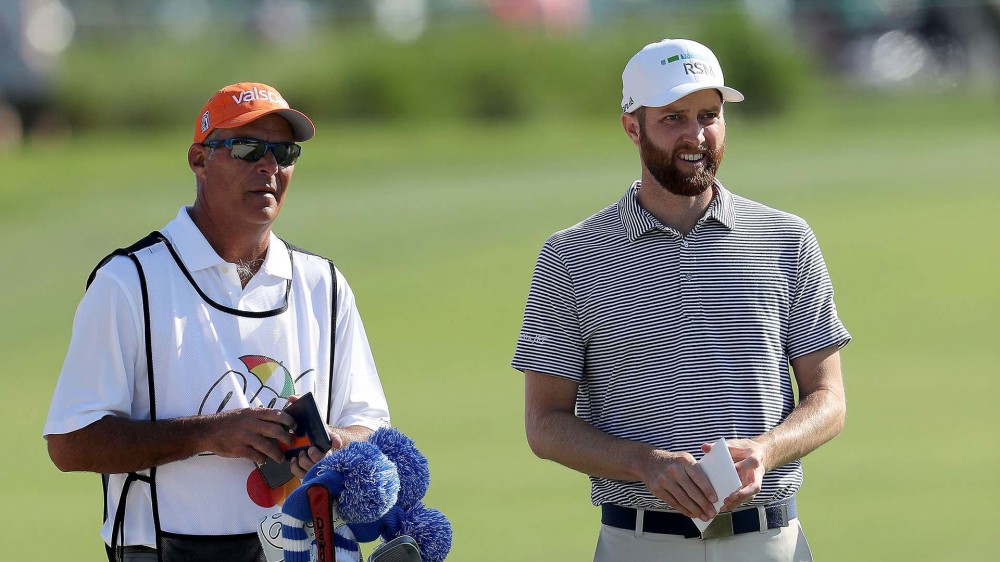