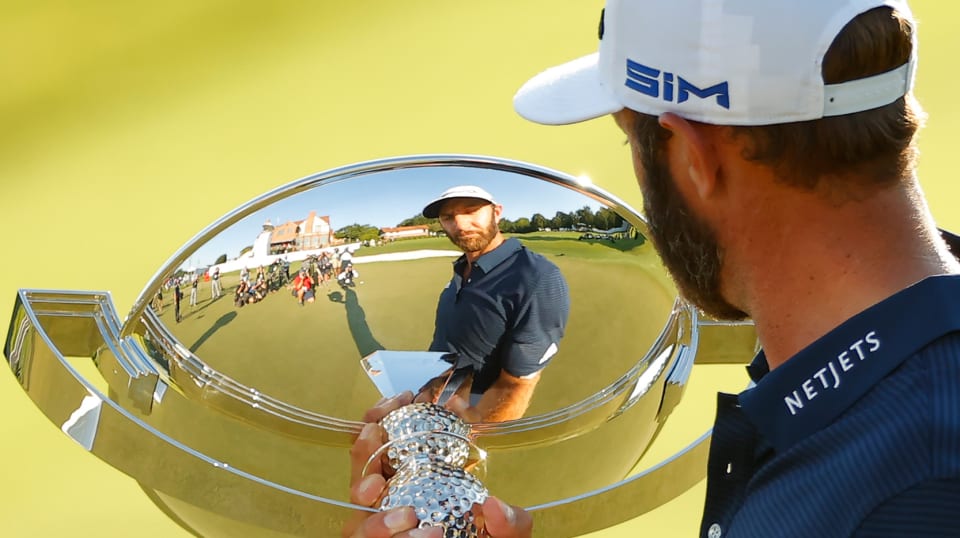 11: Dustin Johnson is the first player in 11 years (Tiger Woods) to win the FedExCup after arriving at East Lake as the top seed.

3: Johnson could become the third player to win the FedExCup, end the season at No. 1 in the Official World Golf Ranking and be voted PGA TOUR Player of the Year in the same season. Player of the Year, which is voted on by the players, will be announced later this year. Woods (2007, ’09) and Jordan Spieth (2015) also did it.

6: This was Johnson’s sixth win in the FedExCup Playoffs, the most all-time. He also has the most top-fives (13) and top-10s (21) in Playoffs history.

4: Johnson has won three or more titles in four of the past five seasons.

12: Johnson has qualified for East Lake for 12 consecutive years, the longest active streak on TOUR.

6: Johnson has finished inside the top five in the FedExCup six times.

4: Johnson held the 54-hole lead in his final four starts of the season. He finished second twice and won twice. Johnson shot 68 or lower in all four Sundays. The two times he was beaten – by Collin Morikawa at the PGA and Jon Rahm at the BMW — the winner shot 64 to pass him.