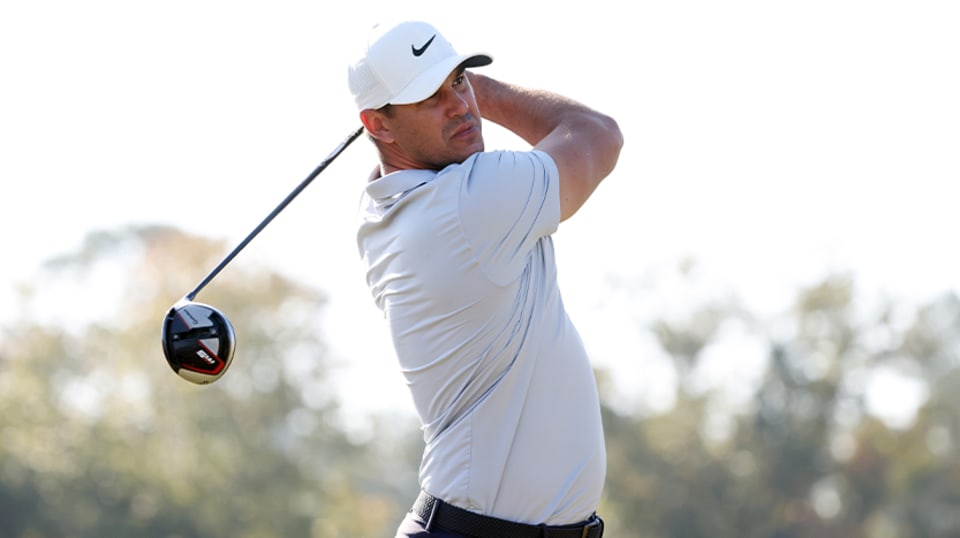 HOUSTON – Brooks Koepka’s health is no longer an issue. His driver was a problem at the Vivint Houston Open, however.

Koepka struggled to hit fairways in the first two rounds at Memorial Park after switching to a new driver. After barely making the cut, Koepka changed back to the old club and charged up the leaderboard.

“The first two days that driver was terrible, just flat out. I don’t know why we switched,” Koepka said. “It’s a shame. I know I would have won it if I just would have stuck with it.”

Koepka shot 130 in the final two rounds of the Vivint Houston Open, the second-lowest weekend score of his career. A chip-in birdie on the 72nd hole gave him a second consecutive 65. He finished in fifth place at 8 under par, five shots back of winner Carlos Ortiz.

Koepka isn’t the only runner-up from last year’s Masters who will head to Augusta National with some momentum after a close call in Houston.

Dustin Johnson tied for second with Hideki Matsuyama despite struggling with his putter on the weekend. Johnson and Matsuyama finished two back of Ortiz, who birdied two of the final three holes.

Like Koepka, Johnson made a run after a poor start at Memorial Park. Johnson, making his first start since the U.S. Open, made five bogeys on his first nine holes of the tournament en route to a first-round 72. He was 13 under par in the next three rounds, shooting 66-66-65.

He will rue several missed birdie opportunities on the back nine Sunday. Johnson failed to birdie the drivable 13th and the par-5 16th, the latter after leaving himself just 208 yards for his second shot. He missed a 7-foot birdie putt on 17 and a 21-footer on the final hole.

Johnson hit 16 greens Sunday but missed all but one of the seven putts he faced from 10-20 feet in the final round. Outside of the 60-foot birdie putt he made on the 11th hole Sunday, Johnson lost strokes on the greens over the weekend.

Johnson, the reigning FedExCup champion and World No. 1, has now finished first or second in five of his last six starts. A sixth-place finish at the U.S. Open is his lone exception.

Koepka was actually one shot outside the cut line with five holes left in the second round, but made two birdies to make the weekend. He played his final 27 holes in 9 under par, hitting 13 of 19 fairways in that span.

Koepka started Sunday six shots off the lead but came out swinging. He made five birdies on the front nine to pull within one of the lead. He birdied the 13th hole to reach 9 under par, but bogeyed two of his next four holes before making birdie on 18.

Koepka, who has struggled with injuries this year, still collected just his third top-10 of this calendar year. After withdrawing from the FedExCup Playoffs and U.S. Open because of his ailing hip, Koepka declared this week that he feels “as good as ever.”

Now he heads to Augusta National with his health, and his old driver back in the bag.