The backstopping debate that erupted in the middle of the Honda LPGA Thailand last week came with derision that stung Amy Olson, who found herself in the center of the storm with world No. 1 Ariya Jutanugarn.

While Olson recognized discussion about Rule 15.3a’s application can be healthy, there were assumptions and accusations she felt compelled to address Sunday in Instagram and Twitter posts. She called accusations of cheating hurtful, and her post drew an apology from one of the tour’s top caddies.

Rule 15.3a prohibits players from agreeing to leave their balls unmarked near the hole, in attempts to create the possibility of backstops.

Olson got into the heart of the debate when she chipped on to the 18th green in the second round and watched her ball carom off Jutanugarn’s ball, which was left a few feet from the hole after Jutanugarn chipped moments before. Olson acknowledged she waved off Jutanugarn’s offer to go mark her ball. She explained a delay at the 18th tee, a longer delay in the fairway and then again alongside the green, with Michelle Wie waiting for an official to help with a ruling, motivated her to play quickly, to keep the pace of playing going.

Duncan French, one of the LPGA’s top caddies, got involved early in the debate, posting video of the chips in question, with his strong feelings about backstopping part of long threads.

His posts included this tweet: “No respect for the field. No reason not to mark your ball. Enough is enough of golf cheating. This is as bad as it gets. Protect the field.”

French followed up Monday with an apology in a tweet tagging Olson and Jutanugarn. 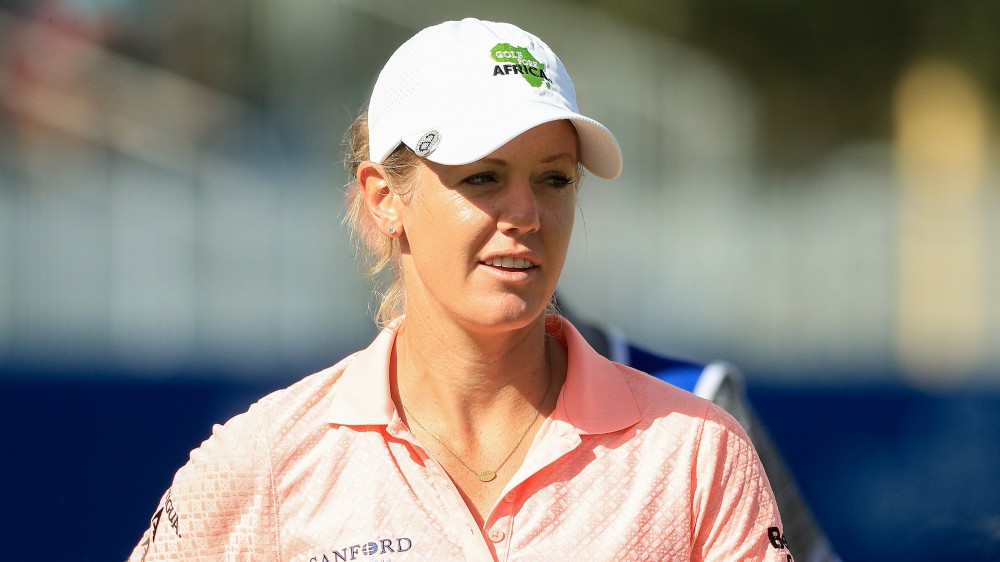