Retief Goosen, a two-time U.S. Open champion, won the Valspar Championship twice, in 2003 and ’09, and Charl Schwartzel captured the title back in 2016 for his lone PGA Tour win outside of the 2011 Masters. Oosthuizen found himself in a similar spot Sunday at Innisbrook, at one point sharing the lead as he looked to add to his Tour ledger that to date only includes the 2010 Open.

Oosthuizen began the day four shots behind Paul Casey, but he quickly cut the deficit in half with a hole-out from the greenside bunker on the opening hole for eagle. He scrambled the rest of the way, hitting only 6 of 18 greens in regulation but still managing to post a 2-under 69 amid difficult conditions.

But after finishing the week at 7 under, he could only watch from the scoring area as Casey made a routine par on the last to successfully defend his title by a shot.

“I played nicely. I kept in there and kept grinding it out,” Oosthuizen said. “I really muscled it out, and the way I was swinging it the first two days, I can’t be unhappy with where I am now.”

Oosthuizen tied for second alongside Jason Kokrak, his best finish on Tour since a runner-up at the 2017 PGA Championship. But he was left to rue a bogey on the difficult 16th, where his approach sailed long and he opted to try a bump shot with a fairway wood instead of a chip or putt.

“I hit four good tee shots on 16 and I bogeyed it all four days, so I would love to come back next year and try and make par on that hole,” Oosthuizen said. “I practice that 3-wood shot a lot, I’ve had good success with it this week. But I saw all the grass behind the ball and I just gave it a little bit too much. I don’t think I would have chipped it any closer.” 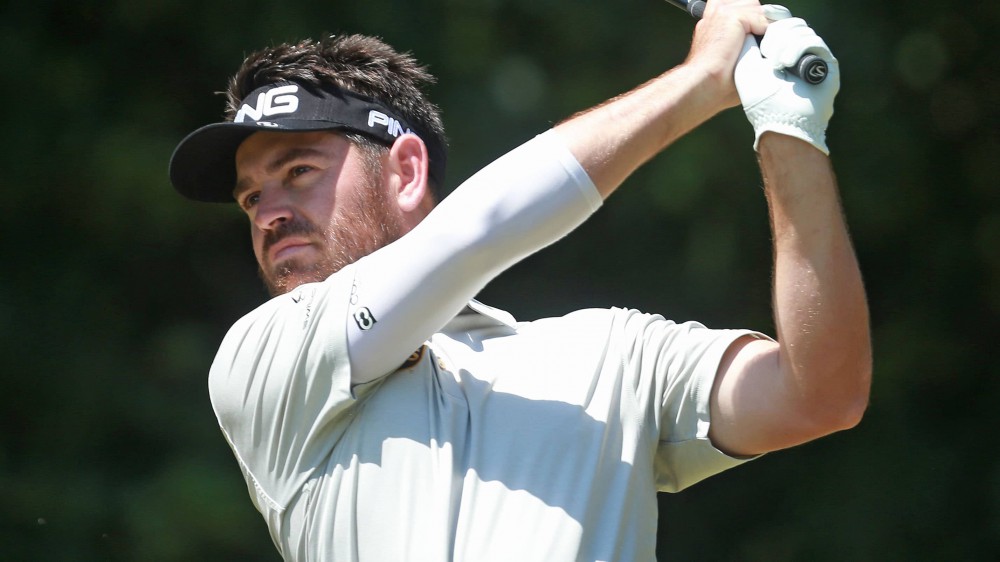