CHARLOTTE, N.C. – Winning an opposite-field event on the PGA Tour carries most of the normal perks of lifting a trophy: a two-year exemption, a spot in Maui and plenty of congratulations from your peers.

The one notable caveat, of course, is that it doesn’t include an invite to the Masters. But it does afford a spot in the PGA Championship, and the three opposite-field winners this year took full advantage during the opening round at Quail Hollow.

Chris Stroud, Grayson Murray, and D.A. Points all qualified via their respective wins at the Barracuda Championship, Barbasol Championship and Puerto Rico Open. They also each opened with rounds of 3-under 68 to sit just one shot off the lead.

It’s a return to a friendly venue for Points, who was a member of the playoff at the 2012 Wells Fargo Championship that also included Rory McIlroy and was won by Rickie Fowler. The veteran has missed each of his last three cuts but he birdied three of his first six holes Thursday and never looked back.

“I managed it well today,” Points said. “Maybe didn’t have my greatest stuff off the tee, but my iron play was solid and my short game, my touch was good.”

Murray salvaged a mediocre rookie campaign with his one-shot win last month in Alabama, and he hit the tournament’s opening tee shot at 7:20 a.m. ET. A native of nearby Raleigh, Murray hadn’t seen Quail Hollow before this week but birdied three of the four par-3s during his opening round.

“This course is very tough. I played about as good as I could,” Murray said. “I had some putts that could have dropped, but that’s how golf is. I’m very pleased with the round today.”

Stroud was the last man to qualify for this week’s field, earning his first career win in a playoff Sunday in Reno after 289 starts. The win led to a logistical nightmare, as he and his caddie had to drive two hours to Sacramento to catch a red-eye flight to Atlanta before arriving on-site Monday, running on fumes.

Stroud estimated he has received more than 1,400 texts since his breakthrough triumph, and after answering each and every one he still had enough time to prep for his fifth start in as many weeks. What’s more, he turned in the only bogey-free score of the day.

“Today was one of the easiest rounds,” Stroud said. “Obviously I’m playing well. I’m swinging it nicely and putting it well. That has a lot to do with it. It’s a deep confidence that I have.” 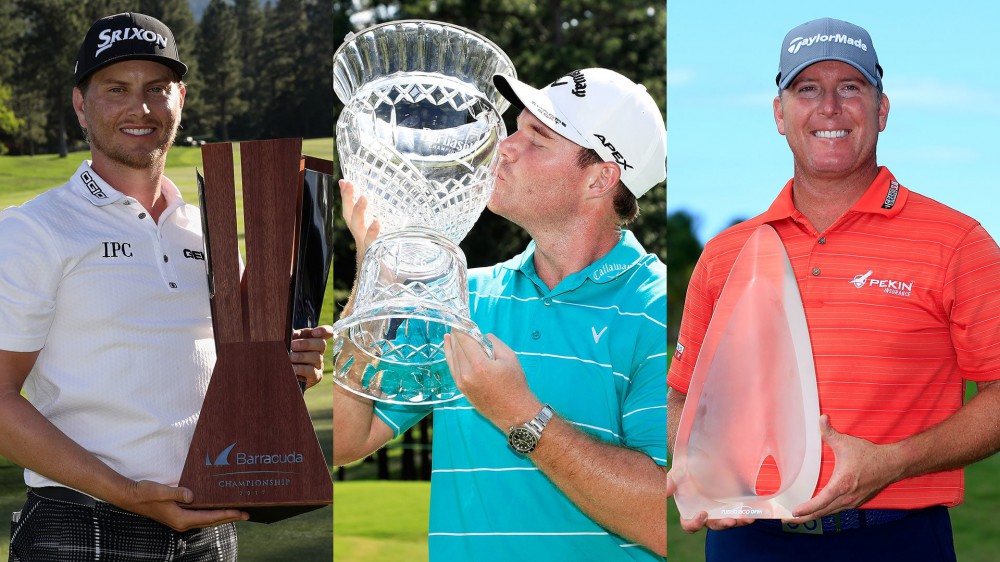