Ryann O’Toole caught fire Saturday at the Evian Championship, going where few women have gone before in major championship history.

Only four players have posted scores lower than O’Toole’s 63.

Her 8-under-par round moved her into contention to make her first LPGA title a major championship. O’Toole was just three back when she signed her scorecard, with the leaders still on the course.

“It was one of those days where, for the most part, things went my way,” O’Toole said.

O’Toole credited Jenny Shin for her putter turning hot. She played with Shin on Friday, and after the round Shin pulled O’Toole aside.

“She looked at me and goes, You just need to keep your putter lower on the back,” O’Toole said. “That’s why they’ve all been jumping. I’m like, `Uh! OK.’”

So, afterwards I went and worked on it.

Here are the only scores in women’s majors lower than O’Toole’s 63: 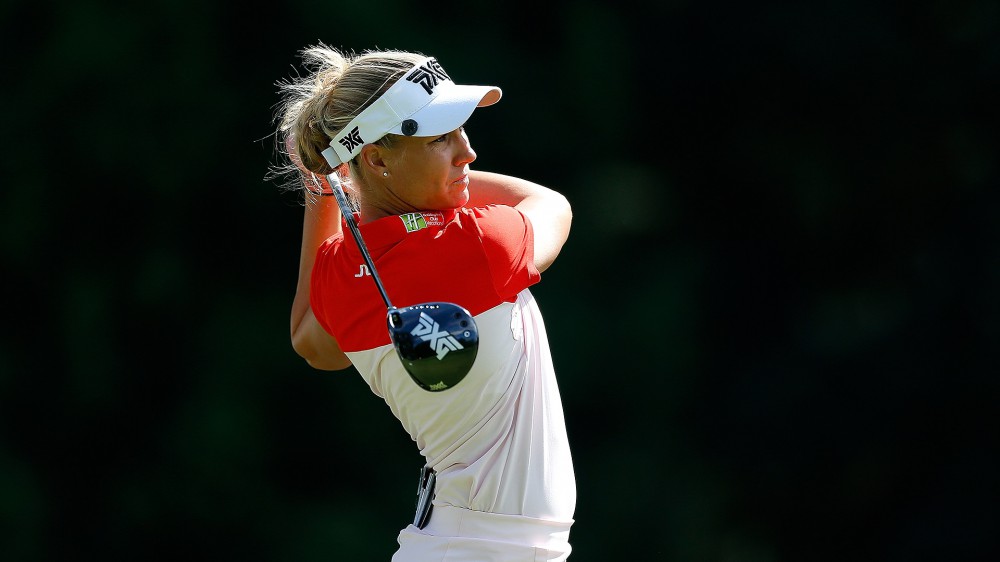