Ben DeArmond had never been nervous on the golf course in his life. But after Thursday, he said he now knows that nerves are real.

As he rinsed ball after ball into the penalty area on Lakewood National’s par-4 second hole in Thursday’s first round of the Web.com Tour’s Lecom Suncoast Classic, DeArmond lost feeling in his arms.

“I couldn’t get (the ball) up in the air even with a 5-iron, so I’m not used to that, just went a little numb,” the South Florida PGA professional said after finishing the opening round of his Web.com Tour debut.

DeArmond, who was competing on a sponsor exemption, shot 13 over on the hole, carding a 17 after putting his tee ball and five more shots into the drink.

“I’ve never made a 17 in my life, not even when I started playing golf,” he said. “After that it was fine, just had to feel my arms a little bit. … It was just nerves. I had a great range session, felt good going in, and it was just an out-of-body experience on that hole.”

DeArmond said that his father, who was following outside of the ropes, called him “Roy” a couple of holes later, referencing the movie “Tin Cup,” where main character Roy McEvoy has a similar experience trying to hit a shot over water.

Luckily for DeArmond, the nightmare happened on the second hole. After shooting 18-over 54 on the front nine, DeArmond shot 37 on the back to open in 91.

“You just have to take it in stride, we’re having fun with it,” DeArmond said. “I’m a head golf professional, so I know the sport is like this sometimes. Golf is the hardest sport in the world. It is the hardest thing to do in the world, the most frustrating thing, but if you learn anything from me today, it’s don’t withdraw, don’t give up, have fun with it.

“It’s a game. Everybody has a bad day, a bad hole, even the worst hole of your life, so you have to move on. … Watch out for me tomorrow.” 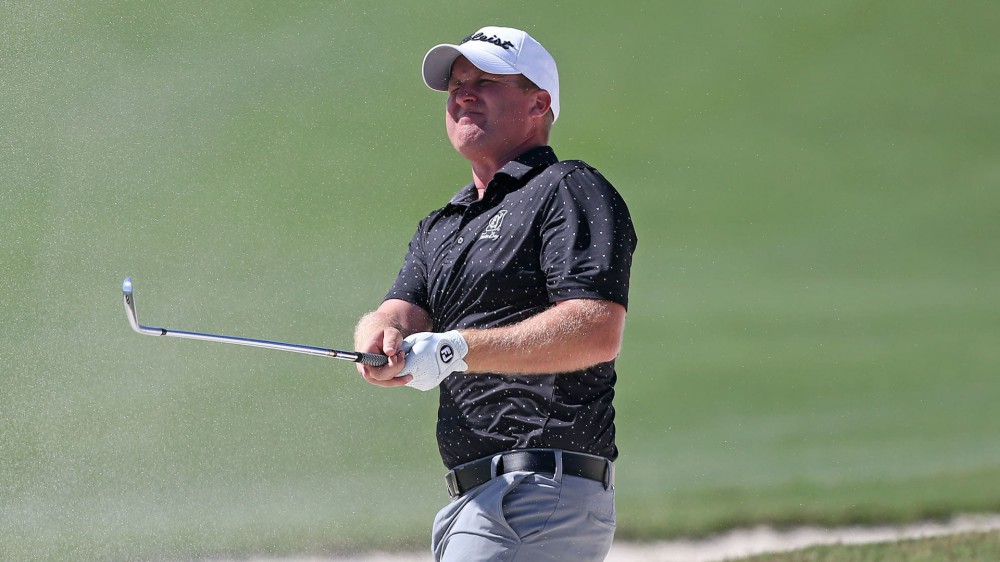