Home Golf News & Information Outside the gates, a patron-less Masters has a muted impact 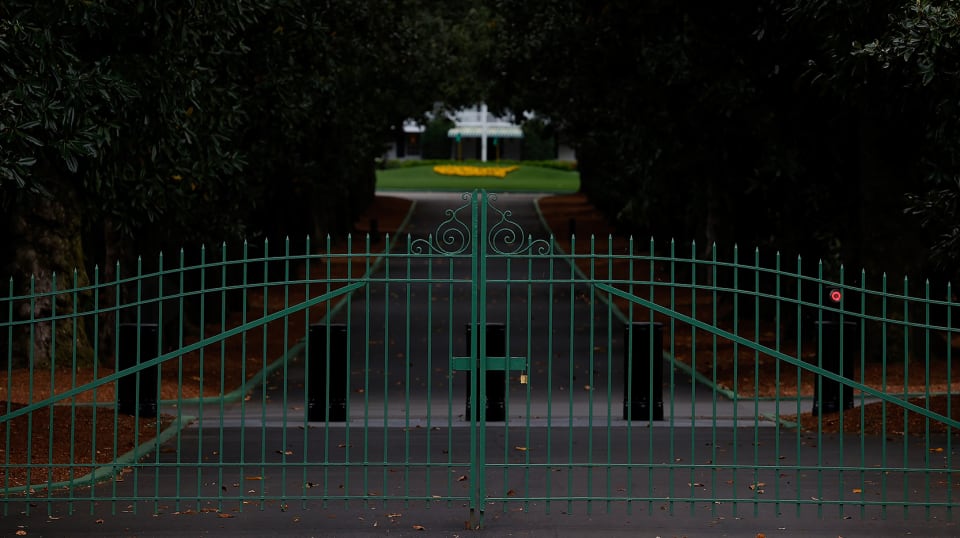 “If you stand on 15 fairway,
usually you can pretty much just see 15 green and maybe 16 green. Now
you can actually see 17 tee, 16 tee box, the whole slope, people walking
down from 6 and even see through almost to 4,” Rahm said Tuesday.

“It’s
a little bit different. There’s actually land in between 15 green and
16 tee, which usually doesn’t even look that way because there’s a big
old grandstand. Same with other holes. It’s weird to see 14 without
anything on the back. You see through to 10 and almost 11.

“This
year will be unique because you can maybe take advantage of where the
patrons usually are at, like 13, you have a layup, you can go as far
right as you want now and almost 14 tee and have a different angle. Same
on 2, you can move the ball around a little bit more.”

Even
though Augusta National is familiar, it was easy to get lost during a
walk this week. Without the flow of people and the ropes, one could
almost accidentally walk onto a tee box or into a fairway or two.

In
place of ropes are painted green lines to advise the lucky few inside
where to stay back from. But consider this. On Monday, Tiger Woods
played the back nine in practice with Bryson DeChambeau, Justin Thomas
and Fred Couples. On the 12th tee, we were close enough, with no more
than 15 people or so watching, to almost reach out and touch Woods. An
endless sea of front row seats at a place seen by some as golf mecca.

On
recounting this story later on one man, who will remain anonymous, said
he would have paid $1 million for that privilege. He could afford that,
so it was no throwaway line. Whispers around Augusta tell stories of
some individuals looking into buying companies who have access to the
grounds just to be part of what will be a very unique Masters indeed.

Well,
we hope unique. Locals, and most everyone else, hopes by April next
year things might be somewhat back to normal. Cumins knows there is no
certainty of that but is optimistic that at least in limited quantities
some patrons will be back by then.

“Not many people hope for bad traffic. But in April I hope it’s jammed,” Cumins said with a smile.