“Playing with Sam is always a pleasure, but not because he’s the grandson of Arnie but because of how nice of a guy he is,” Cabrera Bello said. “… I know how special this event is for all of us. I can only imagine how special it is for him.”

The Spaniard made quite the initial impression, too. Cabrera Bello carded eight birdies as part of an opening 7-under 65 Thursday in the opening round at Arnie’s Place.

“He’s the perfect case of ignorance is bliss,” Saunders said. “He doesn’t know how hard this golf course is supposed to be. He made it look awfully easy today.”

Cabrera Bello’s performance, however, was hardly beginner’s luck. The deft ballstriker showed off his calling card well, hitting 13 greens and leading the morning wave in strokes gained: approach-the-green. He only had to make five putts outside of 5 feet but proved he can pour in the long ones, too, draining back-to-back birdie from 30-plus feet, at Nos. 4 and 5.

“There’s a lot of challenging shots,” Cabrera Bello said. “Pretty much on every hole it’s inviting you to take a risk and it really gets you focused on what you want to do.”

Said Saunders: “We had a great time out there, shared a few laughs and some stories. But when a guy like that gets into the zone, you try not to say much.”

The seemingly instant comfort at Bay Hill has Cabrera Bello two shots clear midway through Round 1. Not bad for an API rookie.

“I’m really happy to be playing here for the first time,” Cabrera Bello said, “and then to win an event that has pretty much the name of one of the greatest players on earth would be really, really special.”

“But I don’t know if I should remind you it’s only Thursday.” 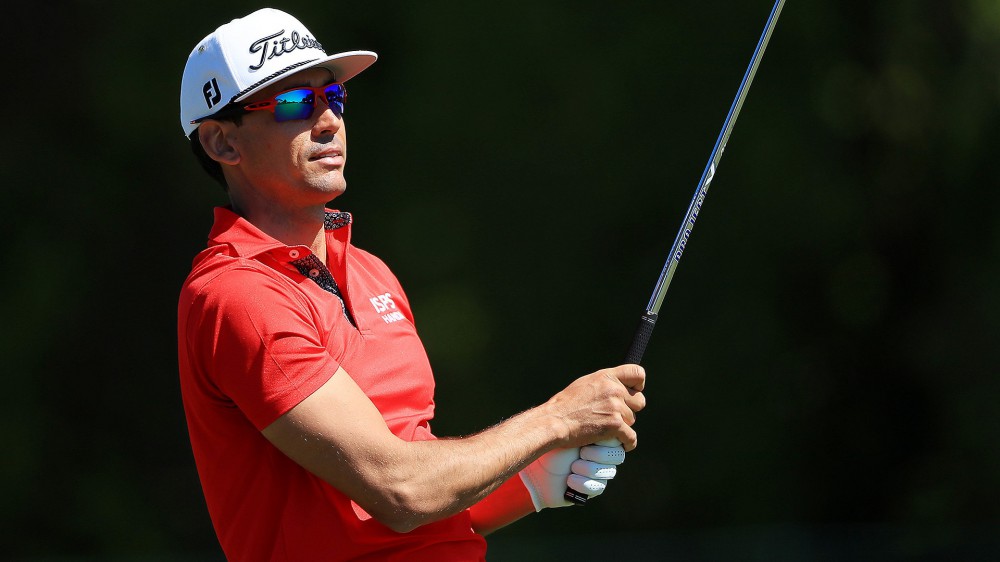