She’ll be 14 years, 6 months and 21 days old on Sunday, which gives her a chance to become the youngest winner in Symetra Tour history.

With a 2-under-par 70 on Saturday, Pano gained a four-way share of the lead going into the final round at Charlotte Harbor National Golf Club. Jean Reynolds (69), Lauren Kim (70) and Allison Emrey (73) are also atop the leaderboard at 8 under overall.

Pano, of Lake Worth, Fla., is playing on a sponsor exemption. She is yet another South Florida teen phenom. She’s looking to follow an impressive line of young stars there, from Cristie Kerr (Miami) to Morgan Pressel (Boca Raton) and Lexi Thompson (Coral Springs). Pano, No. 3 in Golfweek’s Girls’ Junior Rankings, is on an impressive run, with three amateur titles over the last three months. She won the Dixie Amateur in December, the Ione D. Jones Women’s Amateur in January and the Dustin Johnson Junior World last week.

Hannah O’Sullivan holds the mark as the youngest Symetra Tour winner. She was 16 years, 9 months and 11 days old when she won the Gateway Classic in Mesa, Ariz. in 2015 as an amateur.

But if Pano wins, she won’t be the youngest winner of a professional event. Thailand’s Atthaya Thitikul won the LET’s Thailand Championship two years ago, when she was 14 years, 4 months and 19 days old. 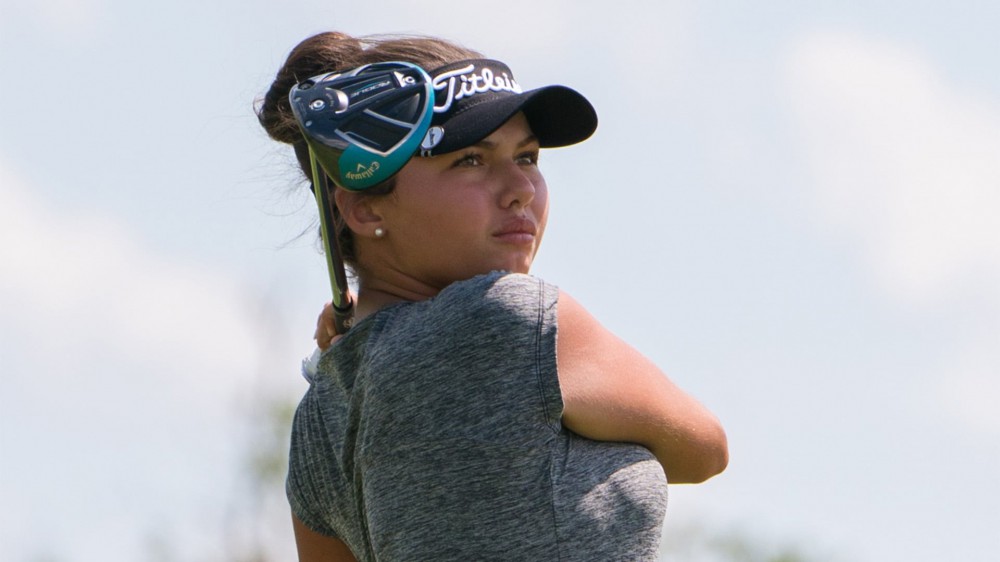