Sung Hyun Park moved into position to claim a lot more than a trophy and a big check Sunday at the KEB Hana Bank Championship in South Korea.

Park can overtake So Yeon Ryu as the new Rolex world No. 1 on Sunday, but Park has to win and hope Ryu doesn’t stage a final-round charge.

Ryu moved into a tie for 14th Saturday with a 68, leaving her seven shots off the lead.

According to official Rolex Women’s World Rankings projections, if Park wins, she will ascend to No. 1, as long as:

• Ryu finishes in a tie for third with two or more players.

• Ryu finishes in a tie for second with five or more players.

With five events left in the season after Sunday’s finish, Park said pressure is mounting to claim coveted tour honors and awards.

“I think we become more conscious of these titles, because people around you talk about them a lot,” Park said through a translator at week’s start. “I don’t think I’ve been so conscious about those titles. Now that we’re coming to the end of the year, it is definitely becoming harder to be completely free.”

Park can also overtake Ryu for the lead in the Rolex Player of the Year points race on Sunday with a victory, as long as Ryu finishes third or worse in the tournament.

Park is in position to sweep all the LPGA’s major awards with a big finish to the season, with the Rolex Player of the Year, Vare Trophy for low scoring average, Rookie of the Year, LPGA money-winning title and Race to the CME Globe within reach.

Park leads the LPGA in money winnings, and she is running away with the Louise Suggs Rookie of the Year points race. She is second to Lexi Thompson in the Vare Trophy competition and third to Thompson in the CME Globe competition.

Nancy Lopez is the only player in LPGA history to claim the Rolex Player of the Year and Rolex Rookie of the Year awards in the same season. Lopez did so in 1978.

Park ranks the Vare Trophy as the year’s most coveted prize.

“That’s the ultimate title I want,” Park said on Tuesday.

Ryu has reigned as world No. 1 for 16 consecutive weeks.

“It might feel weird going to No. 2, after I’m being No. 1 for more than couple months, but right now what I’m really interested in is that I just want to enjoy my game,” Ryu said 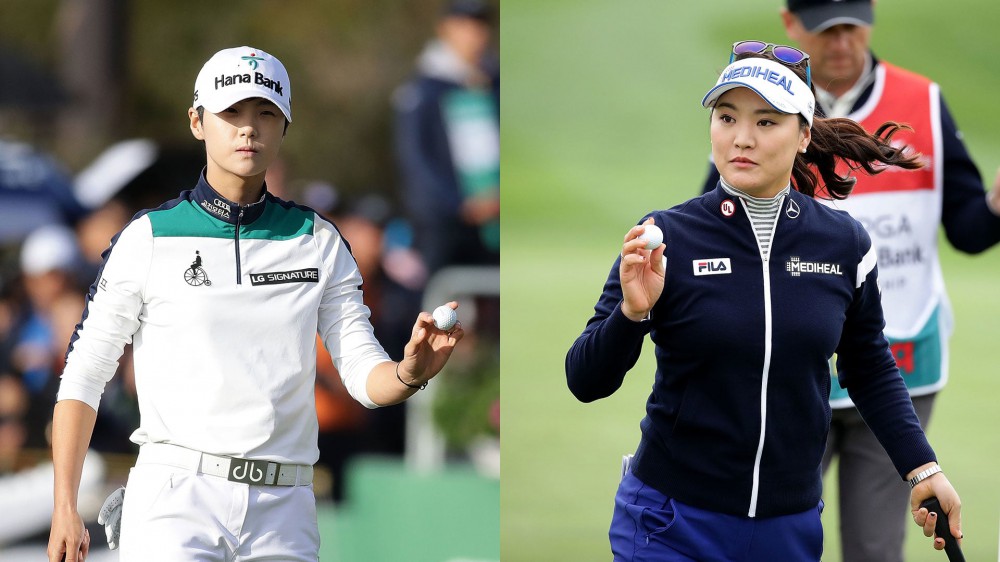