Sung-Hyun Park started the day with a three-shot lead and slowly gave it all back over the course of a 3-over 75, leaving the CME Group Tour Championship and a host of season-long prizes up for grabs in Naples. Here’s where things stand through 54 holes at the LPGA finale, where Michelle Wie, Ariya Jutanugarn, Suzann Pettersen and Kim Kaufman share the lead.

What it means: It wasn’t the Saturday she wanted, but Park, who already wrapped up the Rookie of the Year Award, is still in position for the sweep of all sweeps. With a victory Sunday, she would claim the CME Group Tour Championship, the Race to CME Globe’s $1 million jackpot, the Rolex Player of the Year Award, and the money title, as she ascends to No. 1 in the Rolex world ranking. Meanwhile, Thompson, too, could take the $1 million and Player of the Year. As those two battle for season-long prizes, a host of other notable names – Wie, Jutanugarn, Pettersen, Korda, Lewis and Charley Hull (-8) – will fight for the Tour Championship.

Round of the day: Kaufman made four birdies on each side in a bogey-free 8 under-par 64. A lesser-known name on a stacked leaderboard, she seeks her first LPGA victory.

Best of the rest: Amy Yang will start the final round two behind after a 7-under 65. The three-time LPGA Tour winner could pick up her second title of the season after taking the Honda LPGA Thailand in February.

Biggest disappointment: On a day that featured plenty of low scores from plenty of big names, Lydia Ko dropped 11 spots down the leaderboard into a tie for 23rd with a Saturday 72. The former world No. 1 needed two birdies in her last five holes to fight her way back to even par. Winless this season, she’ll start Sunday four back, at 6 under.

Shot of the day: I.K. Kim aced the par-3 12th from 171 yards when her ball landed on the front of the green and tracked all the way to the hole. 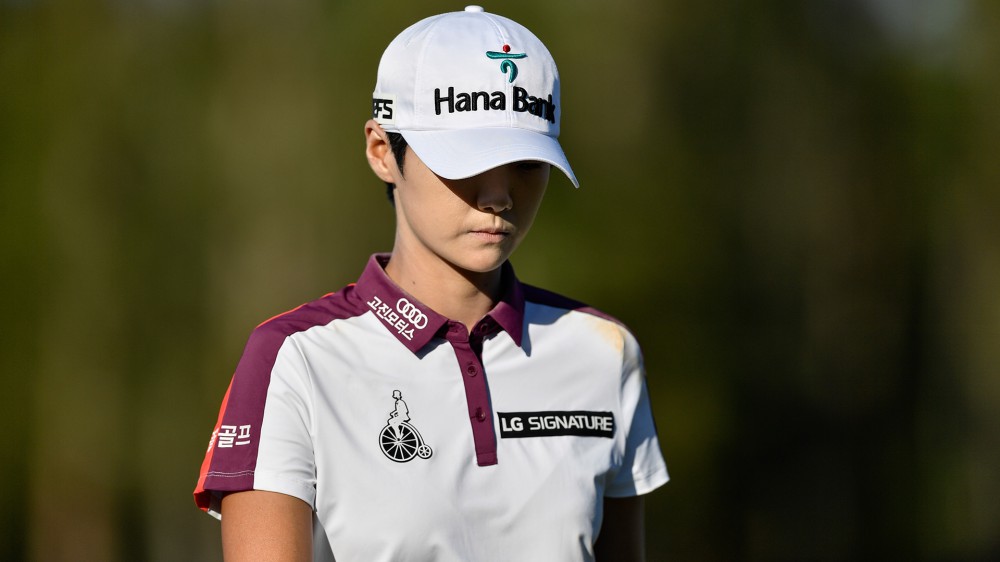 Spieth's Masters spark: A 'low round' in Houston