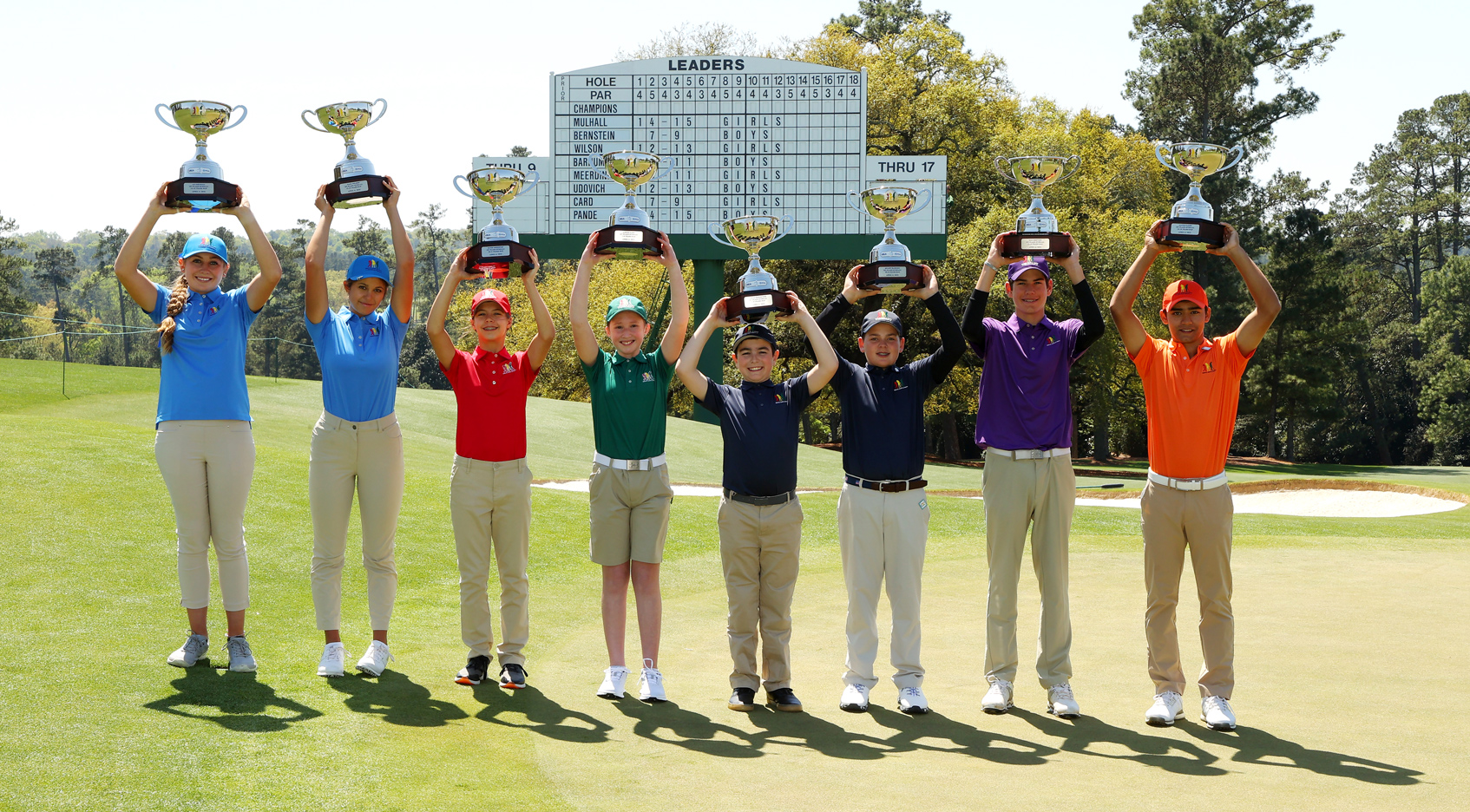 “So incredible to watch these boys and girls get this opportunity. Can’t wait to get out there later this morning and see for myself!” Thomas tweeted earlier in the day, obviously inspired by the enthusiasm that was on display from Sunday’s youthful competitors.

Sandy Lyle waited to start his practice round until after a cadre of young players crossed in front of the first tee, fresh from hitting their putts on the same 18th green where a champion will be crowned in seven days. Lyle has amassed more than three decades of local knowledge here but he was off early for his solo Sunday practice round

The past is revered here while progress is made. There are no cell phones allowed on the grounds but you can see every shot struck this week thanks to the tournament’s technology.

The events that now precede the Masters – the Augusta National Women’s Amateur and Drive, Chip and Putt – show the tournament’s forward-looking spirit. Not to mention that Lee Elder will be one of the honorary starters on Thursday – alongside Jack Nicklaus and Gary Player – to recognize his groundbreaking appearance here in 1975.

The ANWA’s second edition ended Saturday, with 17-year-old Tsubasa Kajitani winning in a playoff. That event has shown that new ground can be broken, old barriers brought down. The girls who competed Sunday in the Drive, Chip and Putt mentioned that it was an aspiration as they continue their competitive journey.

Eighty children took part Sunday in four divisions for each gender. All had qualified in 2019 but had to wait an extra year to arrive at Augusta National. Imagine that wait.

Their motions – from their swing planes to their pre-shot routines — mirror the pros they’re trying to emulate. And their enthusiasm was infectious.

“It’s just beautiful. Everything is perfect. It’s hard to imagine a golf course can be so perfect,” said Analiese Raath, who finished eighth in the girls 14-15 division.

Elyse Meerdink won the girls 10-11 division by holing a 15-footer to the Masters’ traditional Sunday hole location, tucked behind the front bunker on the green’s left side. She called Sunday “probably the best day of my life.”

Samantha Straight, who finished third in the girls 14-15 division, said Drive, Chip and Putt helped her realize “that golf is just a game of fun,” a reminder we could all use at times. Pierceson Huyck, like most visitors to these grounds, was blown away by the conditions.

“I was really excited to see how nice this course is because everybody says it’s unexplainable. And I got that today,” said Huyck, who finished fourth in the boys 7-9 division. “And I’m excited to walk all of the 18 holes tomorrow and see how pretty they are.”

He’s not the only one. Another Masters week is here. It’s something we can all be excited about.