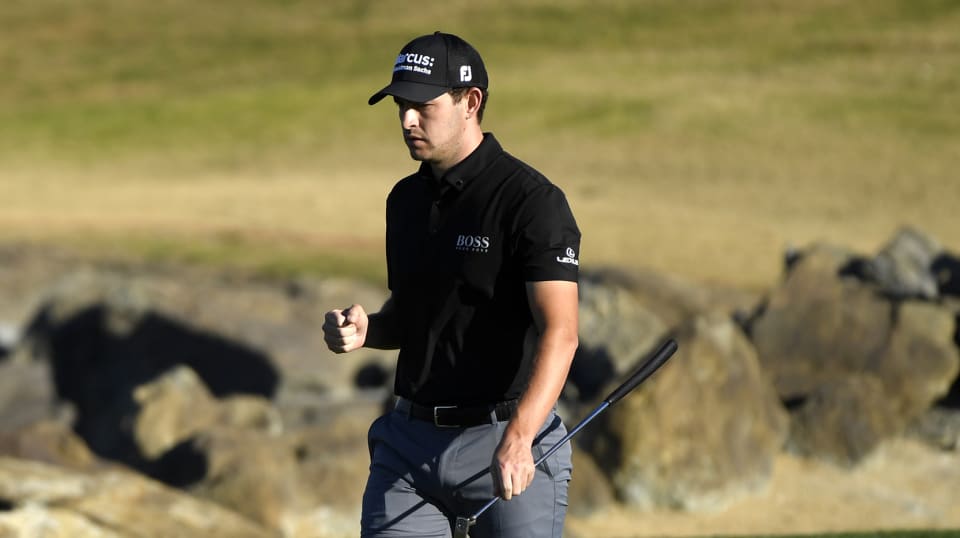 LA QUINTA, Calif. – As a freshman at UCLA nearly a decade ago, Patrick Cantlay introduced himself as a future PGA TOUR star with the lowest round ever by an amateur, a 10-under 60 in the second round of the 2011 Travelers Championship. Cantlay’s 11-under 61 Sunday at The American Express was perhaps just as good, if not better.

“Yeah, almost equally as good, right? The amateur, because maybe you don’t even expect it even more, it was maybe a little sweeter. But very comparable,” Cantlay said. “And the same feels, when you get in the zone and you feel like all the putts are starting down the line, you’re looking, and you’re reading the greens correctly. So the more often I can get in that zone the better I’ll be.”

Cantlay’s 11 birdies was a career best and his 61 was two shots better than the course record and three better than anyone else in the field on Sunday. In a day where he made 152 feet of putts, he saved his best putt for last, dumping in a heavy-breaking 38-footer to post 22-under-par and put pressure on the eventual champion Si Woo Kim to make birdie at two of his last three for the win.

“Yeah, I played really well this weekend, and like I said, he just played unbelievable too,” Cantlay said. “So that putt on 18, I thought would be enough for maybe a playoff, but unfortunately, it looks like just a shot short.”

“I thought that if I played two absolutely fantastic rounds on the weekend, I would have a chance. And I did, I played really well,” Cantlay said. “I actually, I had an 8-under in my second round — or my third round and then made a bogey on a par-5. So, I played flawless today and it was really all I could ask for. I played about as good as I could.”

Now, at No. 2 in the FedExCup standings and one point shy of FedExCup Points leader Dustin Johnson following the runner-up, Cantlay’s taking the next two weeks off before returning at the AT&T Pebble Beach Pro-Am.

“Pebble is next for me. I’ve always liked that event and I’m looking forward to it,” Cantlay said. “Hopefully we get some good weather for Pebble Beach because it’s so nice when the weather’s nice.”