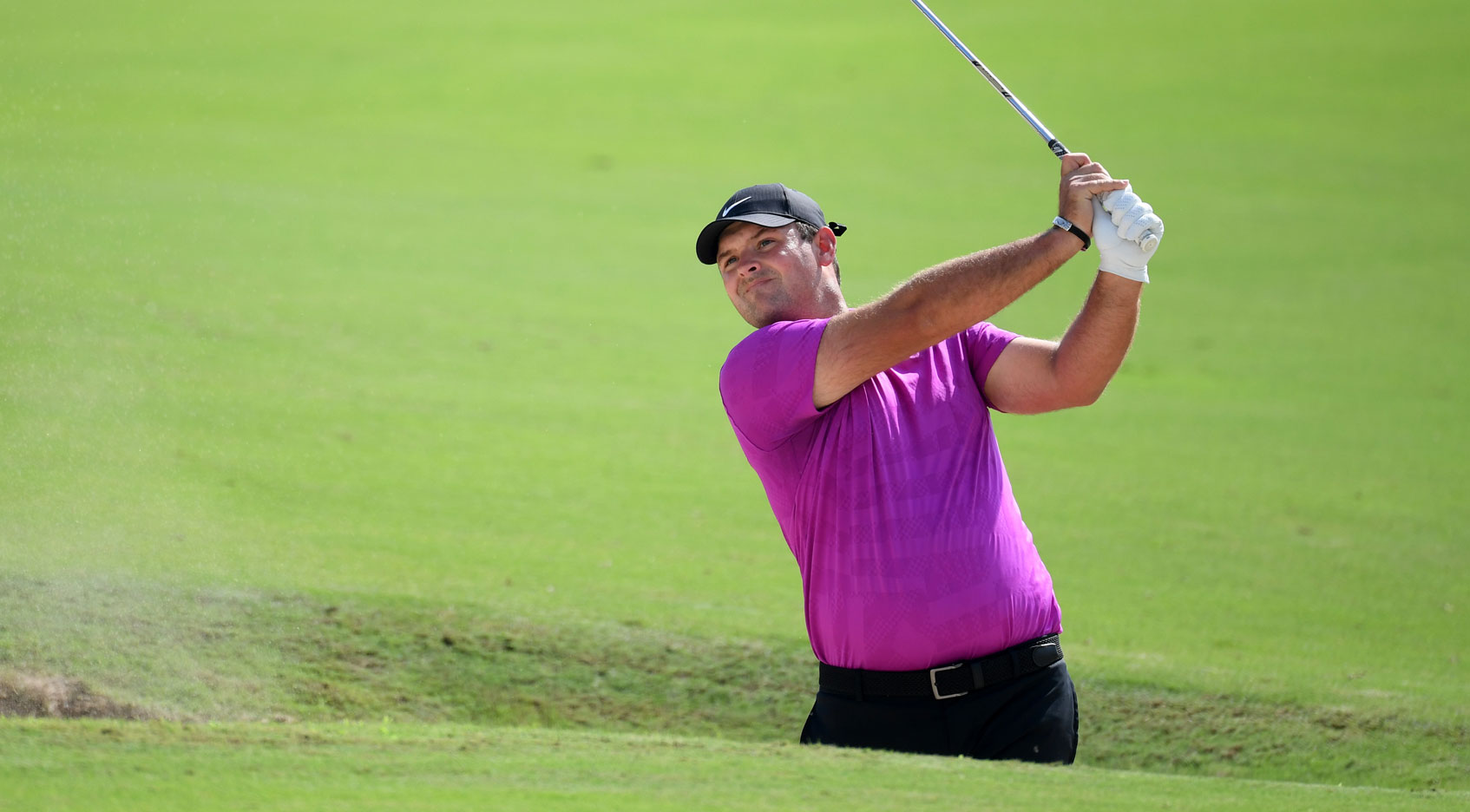 DUBAI, United Arab Emirates – Race to Dubai leader Patrick Reed shot an 8-under 64 Friday to take a two-stroke lead after the second round of the season-ending DP World Tour Championship.

Reed, looking to become the first American to win what was formally known as the Order of Merit title on the European Tour, made nine birdies to take the lead at 10 under at Jumeirah Golf Estates.

Matt Fitzpatrick is two strokes behind after back-to-back rounds of 68. The Englishman, now the projected No. 2 in the Race to Dubai rankings, mixed seven birdies with three bogeys.

Laurie Canter (66) and Tyrell Hatton (68) share third place at 7 under, while 2017 Race to Dubai champion Tommy Fleetwood (69) has a share of fifth place.

Reed had an opening 70 but started strong on Friday with five birdies on the front nine. He bogeyed the 12th hole.

“Any time you shoot 8-under par you’re always happy,” the 30-year-old Reed said. “I feel like today I got off to a little better start than I did yesterday and the putter was working a little bit.”

Reed said he “tightened it up” after a few iron shots fell short on Thursday.

“I was able to hit the ball a little closer, give myself more opportunities and seeing the lines a little better today,” he said.

The race to be Europe’s No. 1 golfer in the 2020 season is wide open because there are so many points at stake in Dubai.

Fitzpatrick, who won in Dubai in 2016, said he loves the course and that he’s a better player today.

“Obviously, I know what it takes,” he said. “But at the same time, it’s four years ago now. But things change, my game changes, different swing thoughts. Honestly, after the first two days I don’t want to jinx myself, touch wood here, but I definitely feel like my swing was way better these first two days than it was the year I won.”

Collin Morikawa (70), the PGA Championship winner, is eight strokes back, tied for 21st.