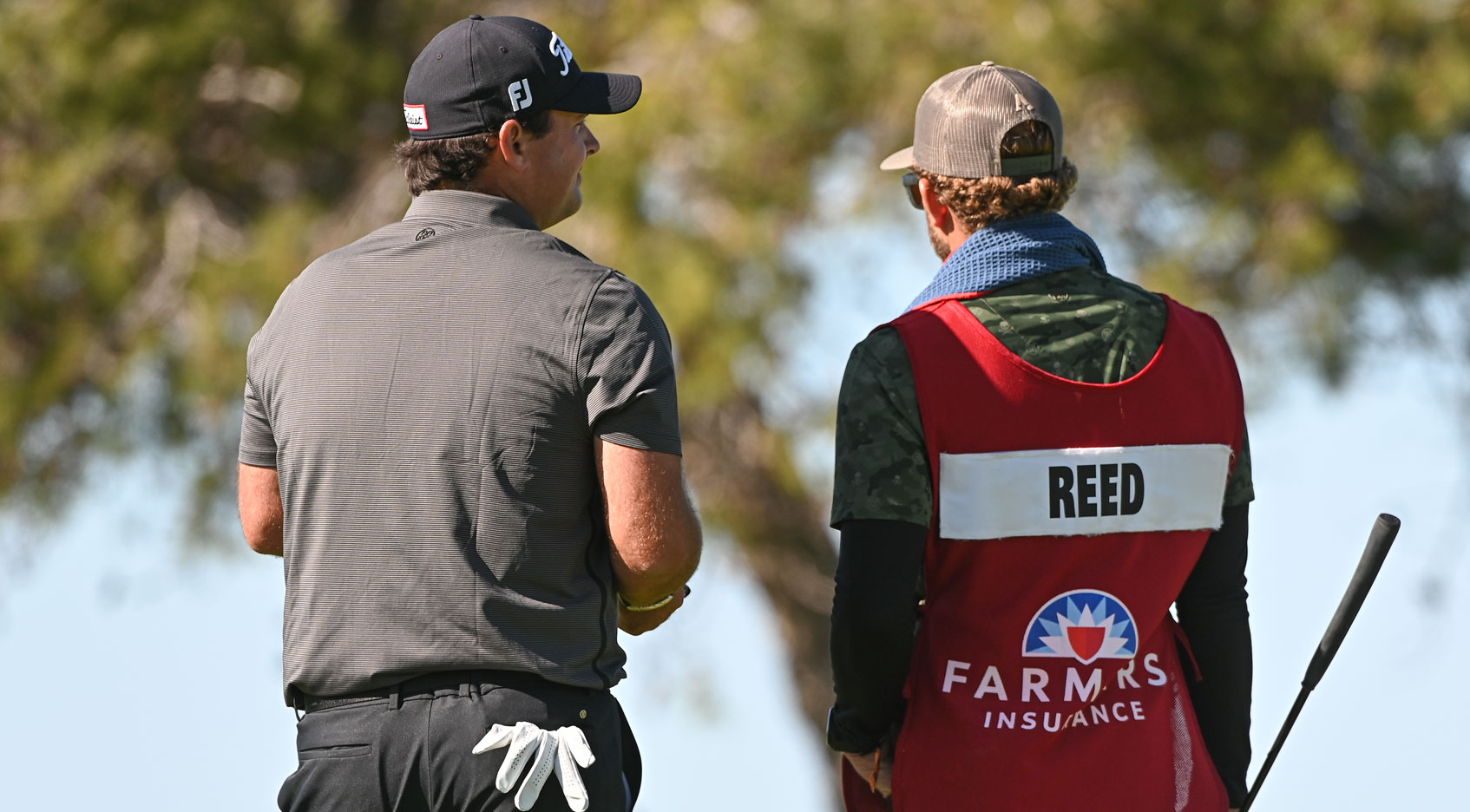 Patrick Reed’s process for taking an embedded-ball drop on the 10th hole Saturday was declared “textbook” by PGA TOUR rules officials, Reed said in an interview after his third round at the Farmers Insurance Open.

Reed’s approach shot on the par-4 10th hole sailed well left into deep rough. As he approached the ball, he asked a volunteer if the shot bounced after striking the ground. The volunteer said no, leading Reed to believe his ball may have embedded in the ground. Under the Rules of Golf, players can check if their ball is embedded and can receive free relief if it is. The first three rounds of the Farmers Insurance Open have been played under lift, clean and place because of wet conditions, including more than an inch of rain that fell Friday. The agronomy staff was unable to mow before the third round, Nick Faldo said on the CBS telecast.

Before checking to see if his ball was embedded, Reed told his playing partners, “Hey guys, I’m going to check it. They said it didn’t bounce.” When rules official Brad Fabel arrived, Reed had already determined his ball was embedded and moved it. Reed then asked Fabel to check the ground for an indentation, saying, “Since I picked it up to check – it seems like it broke ground – but I want you to double check.” Fabel said he did feel an indentation in the ground from Reed’s ball. He then guided Reed through the drop for relief.

“When you have three players, three caddies and the volunteer’s really close to the golf ball not seeing the ball bounce, then you have to go by what everyone sees and what everyone saw,” Reed said after the round. “When no one has seen that, then the rules official basically say whether it’s free relief or not, and the rules official agreed that the ball has broken the plane and it was relief.”

Reed saved par on the hole en route to a 2-under 70 that has him tied for the lead with Carlos Ortiz. Reed had to birdie 18 to salvage a back-nine 39 on Saturday after shooting 31 on his opening nine.

PGA TOUR rules official Ken Tackett, who was in the CBS booth, said Reed “kind of got ahead of himself a little bit there” by moving his ball before Fabel arrived. Video replay showed Reed’s ball bouncing after it struck the ground but Tackett said it is still possible for a ball to embed after bouncing.

“Obviously it jumped forward there, but in these soft conditions, … you will occasionally get a ball that will impact and embed on its initial impact and then slightly impact and imbed on the second,” Tackett said on the broadcast. “When Brad Fabel came in, he looked at the scenario and the situation and identified that the ball had actually embedded in that second pitch mark.”

Reed said after the round that if he had seen the ball bounce he would have played it as it lies, but he had to use his best judgement because no one did.

“When the ball bounces it’s almost impossible for it to break the plane and so therefore, when that happens, anytime you see the ball bounce you just play it as it lies,” Reed said after the round. “If you had 100 people around there, bunch of fans out there and one fan said they saw it bounce, I never would have had to put a tee down and even check to see if it was embedded.

“That’s why you always call a rules official, because at the end of the day they’re going to have the best judgment over everybody. If they believe that it’s embedded as well, that’s then when you go by what they say.

In a post-round interview, Tackett said, “We’re fine with the outcome of the situation.”