WEST DES MOINES, Iowa – Europe’s Suzann Pettersen announced Wednesday morning that she is withdrawing from the Sollheim Cup because of a back injury.

Pettersen will be replaced by Catriona Matthew, Europe’s alternate who also is a vice captain.

“I have made this extremely difficult decision to help the European team and give my teammates the best possible chance of success,” Pettersen said in a statement. “There was no guarantee that I would be fit to compete on Friday morning and I did not want to play unless I was able to give 100 percent. I truly love the Solheim Cup and I will stay and support my team this week in whatever way I can.”

Pettersen, 36, is Europe’s team leader who was sure to be a strong storyline this week after being involved in a controversy over a lack of a concession at the 2015 Solheim Cup in Germany, where American Alison Lee scooped up an 18-inch putt thinking the Europeans had conceded it. Pettersen was excoriated by media who thought her failing to concede the putt violated the spirit of the game. It fueled a historic American comeback.

Pettersen said Wednesday that she was on a light run while back in Norway last weekend when she slipped a disc.

“Despite receiving further treatment from the team osteopath on site, I withdrew on Wednesday morning due to experiencing persistent pain,” Pettersen said.

Pettersen is 16-11-6 in eight Solheim Cups. The 19 points she has accumulated in the matches trails only Laura Davies (25) and Annika Sorenstam (24) in the European record book.

Pettersen holed the winning putt in the ’03 Solheim Cup at Barseback Golf and Country Club in Sweden. She also secured the half point that clinched Europe’s victory at Colorado Golf Club in ’13.

“It’s unfortunate that Suzann has to withdraw due to her back injury,” Euro captain Sorenstam said. “The Solheim Cup has been such an important part of her career. It was a very tough decision, but I am proud of her and she will still be a leader this week.

“Catriona is a proven Solheim Cup performer who will be able to step right in and play with anybody. She’s ready to go.” 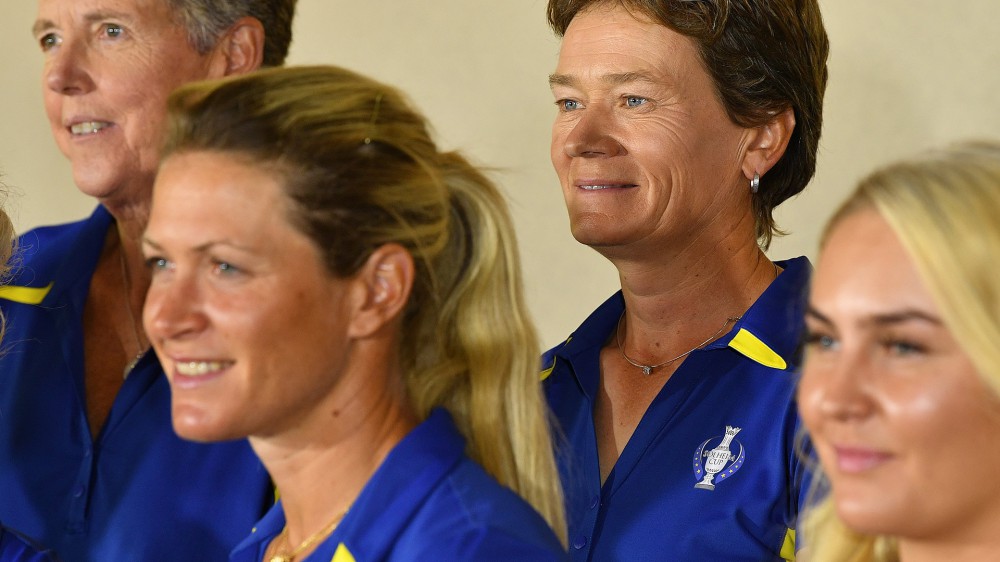 McIlroy 'committed to everything … ran out of holes'