by Daniel Troy
in Driving Tips
0

FARMINGDALE, N.Y.—The leader board says Bethpage Black laid the hammer on Tiger Woods. But at least Big Cat got his own haymaker in after the round.

Woods shot a three-over 73 on Friday. Combined with his two-over performance in Round 1, it was a cumulative score 17 shots behind 36-hole leader Brooks Koepka, and a score one shot off the cut at the 2019 PGA Championship.

Given Woods' U.S. Open success at the venue, along with the usual hype surrounding the 15-time major winner, the two days will likely be viewed as a disappointment. Woods, however, is looking at the matter in a slightly different light.

Following his round on Friday, Woods was asked if his lack of practice had anything to do with his play. Or, that's where the question appeared to be heading, until Woods cut the question off mid-sentence with this response.

"No, no, no. Definitely not. You know, I'm the Masters champion and 43 years old and that's a pretty good accomplishment," Woods said.

Clearly Woods is keeping things in perspective. Perhaps that's the frame of mind that comes with maturation and appreciation. Going home to a 90-foot yacht doesn't hurt, either. 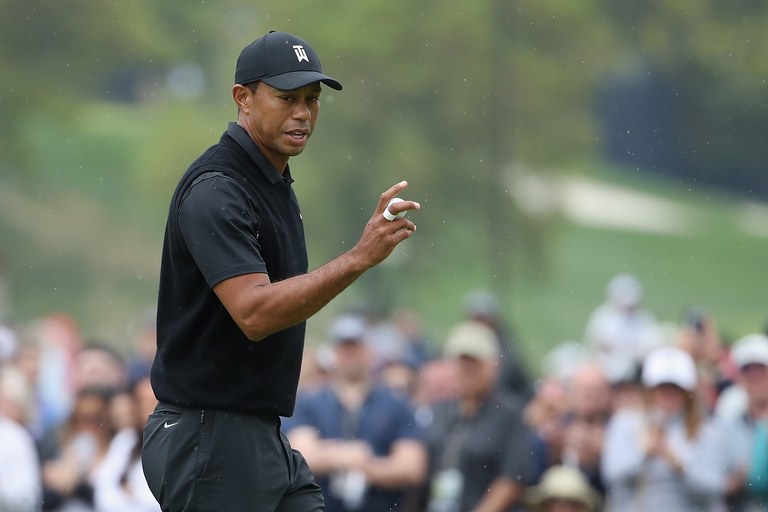 Harold Varner III bashes fans who yelled at Brooks Koepka: "I have a few choice words for that"