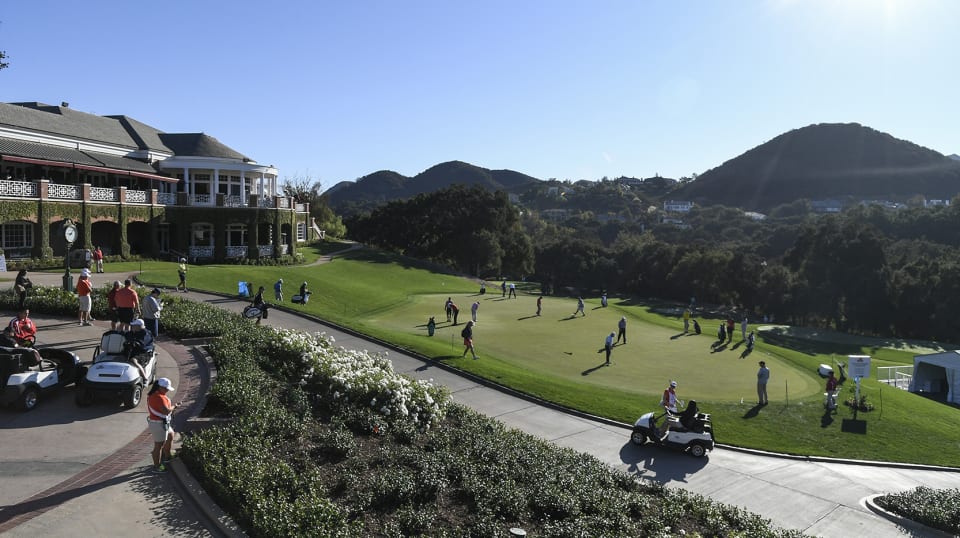 PONTE VEDRA BEACH, Fla. – PGA TOUR and ZOZO Inc. officials today announced that the ZOZO CHAMPIONSHIP will not be played in Japan as scheduled this October but will instead move to Sherwood Country Club in Thousand Oaks, California Oct. 22-25, 2020.

Due to unprecedented challenges and the unique circumstances which led to the move to the United States, officials said the tournament will be known as the ZOZO CHAMPIONSHIP @ SHERWOOD this year.

“The PGA TOUR is grateful that ZOZO Inc. has partnered with us to host the ZOZO CHAMPIONSHIP @ SHERWOOD this October,” said Ty Votaw, PGA TOUR Executive Vice President, International. “Considering ZOZO Inc.’s main business is in Japan, the decision to hold its event in the U.S. underscores their commitment and support towards our sport, communities where we play and the PGA TOUR. We are truly thankful for our partnership with ZOZO Inc. and the Japan Golf Tour Organization.”

Votaw added: “Following last year’s successful launch, our players will no doubt be disappointed to miss traveling to Japan to play in the ZOZO CHAMPIONSHIP this year, but we look forward to returning in 2021. Through the ZOZO CHAMPIONSHIP @ SHERWOOD, we are excited to showcase another strong field and deliver world-class golf to fans in the U.S., Japan and around the world.”

President & CEO, Kotaro Sawada, ZOZO, Inc. said: “It is unfortunate that we are unable to have the PGA TOUR stars in Japan this year and we’re sorry to the faithful Japanese fans who have been eagerly waiting to welcome the players back to Japan and to see them back out on the course. However, we are pleased to be able to host this year’s ZOZO CHAMPIONSHIP in the U.S. at the acclaimed Sherwood Country Club. During this difficult time, we look forward to dedicating this year’s tournament not just to the fans in Japan, but to fans around the world. We are proud to be able to provide an opportunity for the players to compete and our team will continue to work closely with the PGA TOUR to stage a world-class event this October.”

The ZOZO CHAMPIONSHIP @ SHERWOOD will now be part of a three-event swing on the West Coast in October as part of the early 2020-21 PGA TOUR Schedule: the Shriners Hospitals for Children Open at TPC Summerlin in Las Vegas, Nevada (Oct. 8-11); THE CJ CUP @ SHADOW CREEK in Las Vegas, Nevada (Oct. 15-18); and the ZOZO CHAMPIONSHIP @ SHERWOOD to be held at Sherwood Country Club in Thousand Oaks, California (Oct. 22-25).

The ZOZO CHAMPIONSHIP @ SHERWOOD will feature 78 professionals, including the leading players from the 2019-20 FedExCup points list, players designated by the Japan Golf Tour Organization and sponsor exemptions.

In addition to the US$8 million purse, ZOZO, Inc. is planning various charity activities in Japan, the proceeds from which will be donated to fund programs and measures to help prevent the spread of the coronavirus among other things.

Sherwood Country Club is a Jack Nicklaus Signature designed golf course and has hosted numerous PGA TOUR-sanctioned events in the past, including the Greg Norman hosted-Shark Shootout, World Challenge hosted by Tiger Woods and a PGA TOUR Champions event. Woods also played David Duval in an exhibition billed as the “Showdown at Sherwood” in 1999, which Woods won 2&1.

﻿“Sherwood Country Club and its Members are honored to host this year’s ZOZO CHAMPIONSHIP @ SHERWOOD and welcome golf’s greatest players as our guests for the week. We are greatly appreciative to ZOZO Inc. for this unique privilege. Our staff throughout the club are excitedly preparing the club in anticipation of this extraordinary event and look forward to once again working closely with the PGA TOUR. Sherwood’s scenic Jack Nicklaus Signature design will provide an exceptional background for a memorable week of golf during an unforgettable time,” says Rob Oosterhuis, PGA, General Manager and CEO of Sherwood Country Club.