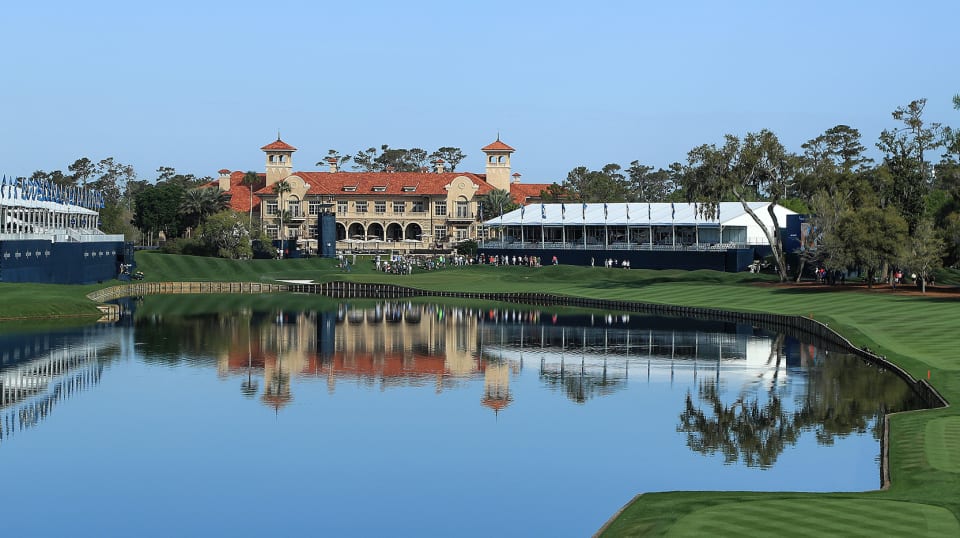 PONTE VEDRA BEACH, Fla. – The PGA TOUR today announced the complete schedule for the 2020-21 PGA TOUR Season, featuring 50 official FedExCup tournaments – including 14 tournaments that were postponed or canceled as a result of the COVID-19 pandemic – culminating with the crowning of the FedExCup champion Labor Day weekend in 2021.

The schedule, which reflects a net increase of one tournament over the original 2019-20 schedule, features the most tournaments in a season since 1975 (51). Three events postponed in 2020 – U.S. Open, Corales Puntacana Resort & Club Championship and Masters Tournament – will be played in the fall portion of the 2020-21 season and again in their traditional dates during the 2021 calendar year, along with 11 tournaments that were canceled and not rescheduled as a result of the pandemic, including THE PLAYERS Championship. In addition, with the postponement of the Summer Olympic Games in Tokyo in 2020, the men’s Olympic Golf competition will take place July 26-August 1, 2021, as a standalone event for the first time.

“We are excited to present the full 2020-21 PGA TOUR schedule – a ‘super season’ of 50 fully sponsored events and capped off by the 15th edition of the FedExCup Playoffs,” said PGA TOUR Commissioner Jay Monahan. “If you’re a golf fan, this is a dream season with more significant events than ever before, including the Olympic Games. Building our schedule is always complicated, but never more so as over the past several months as we continue to navigate challenges brought about by the COVID-19 pandemic. We appreciate the extensive collaboration with our title sponsors, tournament organizations and golf’s governing bodies that has brought us here – to the exciting conclusion of an extraordinary 2019-20 season this week, and on the brink of a season of 50 events, beginning next week.”

As previously announced, the 2020-21 season will begin September 7-13 at the Safeway Open in Napa, California, which will serve as the season-opening tournament for the sixth time in seven years since the TOUR went to a wraparound schedule. The U.S. Open (September 14-20) at Winged Foot Golf Club in Mamaroneck, New York, follows, being played in the month of September for the first time since 1913, as well as the rescheduled Corales Puntacana Resort & Club Championship (September 21-27), which will award full FedExCup points (500) for the first time.

The Sanderson Farms Championship (September 28-October 4) will precede a three-event swing on the West Coast with the relocation of two of the TOUR’s Asia Swing events. Following the TOUR’s annual stop in Las Vegas for the Shriners Hospitals for Children Open (October 5-11), THE CJ CUP @ NINE BRIDGES, annually played in Jeju Island, Korea, will be played at Shadow Creek Golf Course in Las Vegas, and will be renamed THE CJ CUP @ SHADOW CREEK (October 12-18) for 2020. The following week, Japan’s ZOZO CHAMPIONSHIP will be played at Sherwood Country Club in Thousand Oaks, California, and renamed the ZOZO CHAMPIONSHIP @ SHERWOOD (October 19-25) for 2020.

The final event of the traditional Asia Swing and the season’s first World Golf Championships event, the WGC-HSBC Champions has been canceled, with the Bermuda Championship (October 26-November 1) occupying the week on its own and awarding full FedExCup points.

The Houston Open moves a month later on the 2020-21 schedule (November 2-8) and precedes the Masters (November 9-15). The fall portion of the schedule concludes with The RSM Classic (November 16-22), the week prior to the Thanksgiving holiday, and the Mayakoba Golf Classic (November 30-December 6) the week after.

The TOUR returns at the Sentry Tournament of Champions (January 4-10) with the same sequencing as the 2019-20 season until March, as there have been adjustments made to a number of Florida-based tournaments. The Arnold Palmer Invitational presented by Mastercard (March 1-7) and THE PLAYERS Championship (March 8-14) will follow the WGC-Mexico Championship and Puerto Rico Open (both February 22-28), while The Honda Classic (March 15-21) moves to the week after THE PLAYERS. The Valspar Championship (April 26-May 2), traditionally played the week after THE PLAYERS, will now conclude on May 2, between the Zurich Classic of New Orleans (April 19-25) and the Wells Fargo Championship (May 3-9).

After the 40th playing of The Honda Classic, the TOUR’s longest-running title sponsored event dating back to 1982 – an eight-week stretch begins that includes six tournaments that were canceled and not rescheduled during the 2019-20 season prior to the PGA Championship, beginning with the WGC-Dell Technologies Match Play (March 22-28) through the AT&T Byron Nelson (May 10-16), set to be contested for the first time at TPC Craig Ranch in McKinney, Texas.

Additional tournaments that return to the schedule include the RBC Canadian Open (June 7-13), John Deere Classic (July 5-11), The Open Championship and the Barbasol Championship (both July 12-18).

The men’s Olympic Golf competition (July 26-August 1) will be played the week after the 3M Open (July 19-25) as a standalone event for the first time and will be followed by the WGC-FedEx St. Jude Invitational and Barracuda Championship (both August 2-8), before the FedExCup Regular Season concludes at the Wyndham Championship (August 9-15).

The FedExCup Playoffs will consist of three events: THE NORTHERN TRUST returns to Liberty National Golf Club in Jersey City, New Jersey, which will host the event for the fourth time; the BMW Championship will be played for the first time at Caves Valley Golf Club in Owings Mills, Maryland, outside of Baltimore; and the season-ending TOUR Championship at East Lake Golf Club in Atlanta will conclude on September 5, the Sunday of Labor Day weekend.

In addition to Caves Valley Golf Club, host of the 2021 BMW Championship, the 2020-21 season features several new or familiar venues. As previously announced, Shadow Creek Golf Course in Las Vegas and Sherwood Country Club in Thousand Oaks, California, will host tournaments for one year only. For the first time, the Houston Open will be played at Memorial Park Golf Course in downtown Houston; TPC Craig Ranch in McKinney, Texas, will host the AT&T Byron Nelson for the first time; and St. George’s Golf and Country Club in Toronto, Canada, will return as host of the RBC Canadian Open for the first time since 2010.