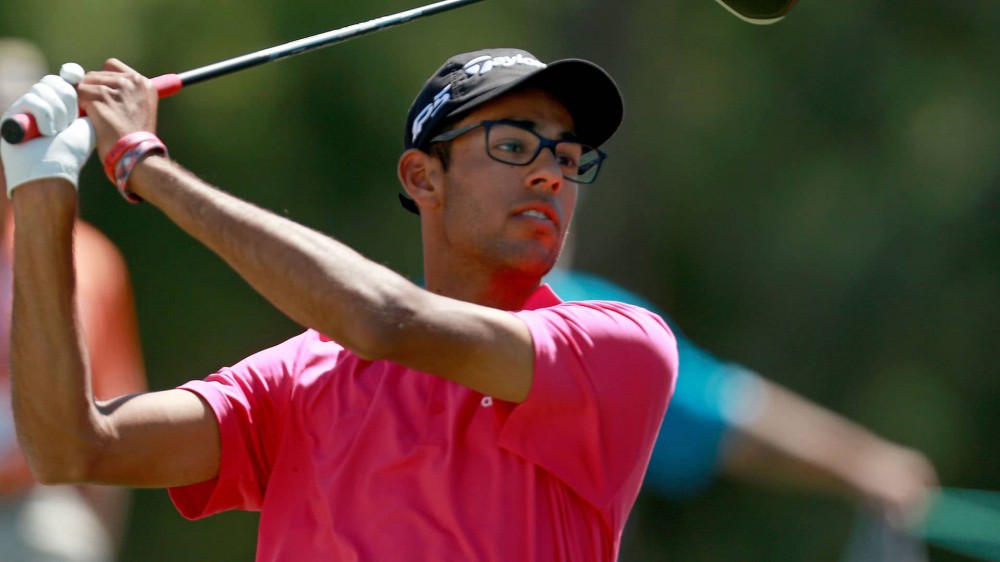 Akshay Bhatia added another first to his impressive resume.

The 17-year-old junior phenom from Wake Forest, N.C., made his first professional cut on Saturday at the Web.com Tour’s Robert Trent Jones Golf Trail Championship in Prattville, Ala. Darkness suspended play on Friday evening, so Bhatia had to wait a little longer following rounds of 73-70, but now he will tee it up Saturday with a chance to climb the leaderboard.

Bhatia is 1 under for the tournament, 11 shots back of leader Robby Shelton, a former top-ranked junior who went on to star at Alabama, where he helped the Tide to the 2014 NCAA title.

"Earning your spot into the event is always special."

So is playing the weekend. 💯

The current top-ranked junior, Bhatia, doesn’t plan on going to college, but he still is making the most of his amateur career. He’s won elite junior events, such as the Junior PGA, Polo Golf Junior Classic and Junior Invitational at Sage Valley, and also contended in top amateur tournaments, including the Jones Cup, which he won. Ranked eighth in the World Amateur Golf Ranking, Bhatia figures to become the first junior to make the U.S. Walker Cup team since 2011 when Jordan Spieth and Patrick Rodgers both made the squad before beginning their college careers. Bhatia, though, would be the youngest U.S. player ever in the biennial team competition.

Last month, Bhatia made his first pro start, at the PGA Tour’s Valspar Championship, where he missed the cut. He competed that week on a sponsor exemption. This week’s start was earned the hard way. Bhatia, who frequented Monday qualifiers last year, got through one for the first time to earn his debut Web.com Tour start.