Phil Mickelson, whose history at Bethpage Black includes runner-up finishes at the 2002 and ’09 U.S. Opens, shot a first-round 69 and was tied for ninth place, albeit six shots off the pace set by Brooks Koepka.

“It’s a very fair [test],” Mickelson said of Bethpage. “I feel like I can make some pars out of the rough. I feel like I don’t have to be too perfect, but I feel like I can salvage a couple of pars with just a few bad tee shots, and if I keep it in check, I should be able to shoot an under-par round.”

Things didn’t start out that way for Mickelson after bogeys at Nos. 7 and 8 moved him to 2 over for round, but a tip from his caddie, brother Tim, helped turn things around.

“I just wasn’t putting well the first eight holes, and Tim noticed that I was kind up and out of it a little bit, so I made a slight adjustment, and I made four really good putts on 9, 10, 11 and 12,” Mickelson said.

Mickelson rolled in 56 feet of putts on Nos. 9-12 and closed his round with six consecutive pars to find himself in the top 10 after Round 1 at a Bethpage major for the third time. 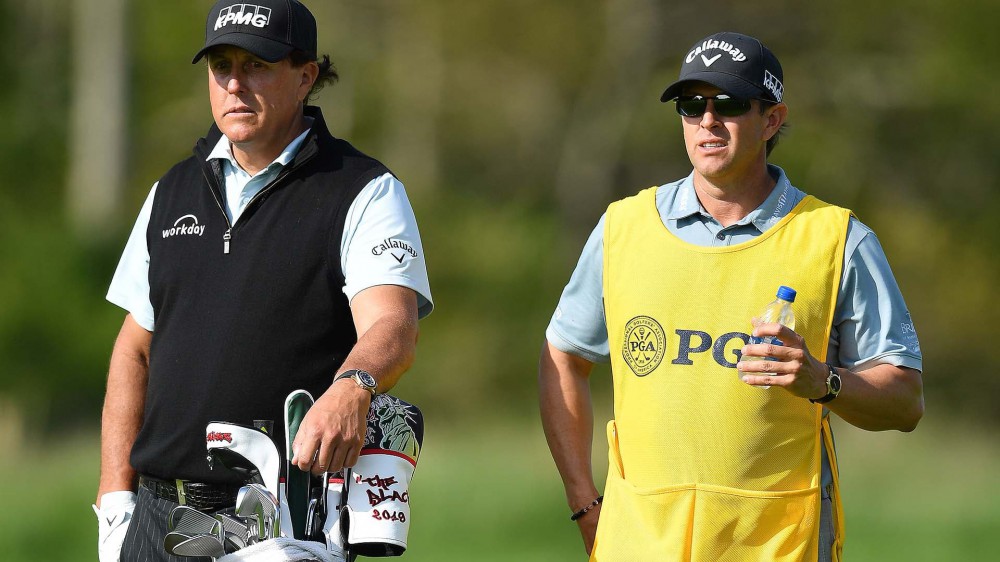 Rose heads to Saudi Arabia after win: 'I'm not a politician, I'm a pro golfer'