Only two weeks remain before the close of automatic qualifying to make the U.S. Ryder Cup team, with two notable names just outside the cut-off.

The top eight players on the list at the end of the PGA Championship in two weeks guarantee themselves a trip to France this September, as the U.S. team looks to win on European soil for the first time since 1993.

While still a strong contender for a captain’s pick, DeChambeau would have done a lot to secure his place on team had he put away the European Open this past weekend. Although the event did not award U.S. Ryder Cup points, it would have marked his second worldwide win in as many months. Instead, DeChambeau played his final four holes in 5 over, putting three balls in the water and showing outward signs of frustration during the collapse.

The 48-year-old Mickelson, meanwhile, has been a part of every U.S. international team since the 1994 but has never in his storied career won the cup on European soil.

If one is to assume that Mickelson and Tiger Woods, 20th on the points list, are locks to make the team, that leaves just two other captain’s picks for all other hopefuls. Of course, other names could break into the top eight over the next two weeks to muddy the picture, with extra points up for grabs at Bellerive.

Here’s a look at the updated American standings as the top three players have officially secured their spots on the team:

On the European side, very little changed this week, with the exception of Ian Poulter passing Sergio Garcia on the world points list, although both veterans remain outside the top four and behind fifth-place Matthew Fitzpatrick.

With a host of new automatic qualifiers, European stalwarts like Garcia, Poulter and even Henrik Stenson, 15th on both lists, may require Thomas Bjorn’s captain’s picks without a strong push over the next two weeks.

Here’s a look at the current European points lists: 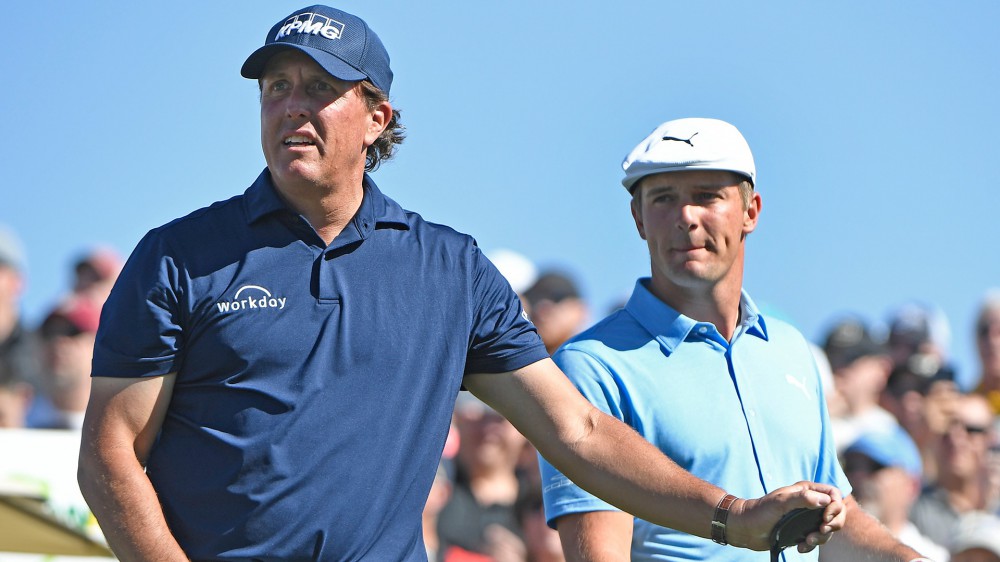