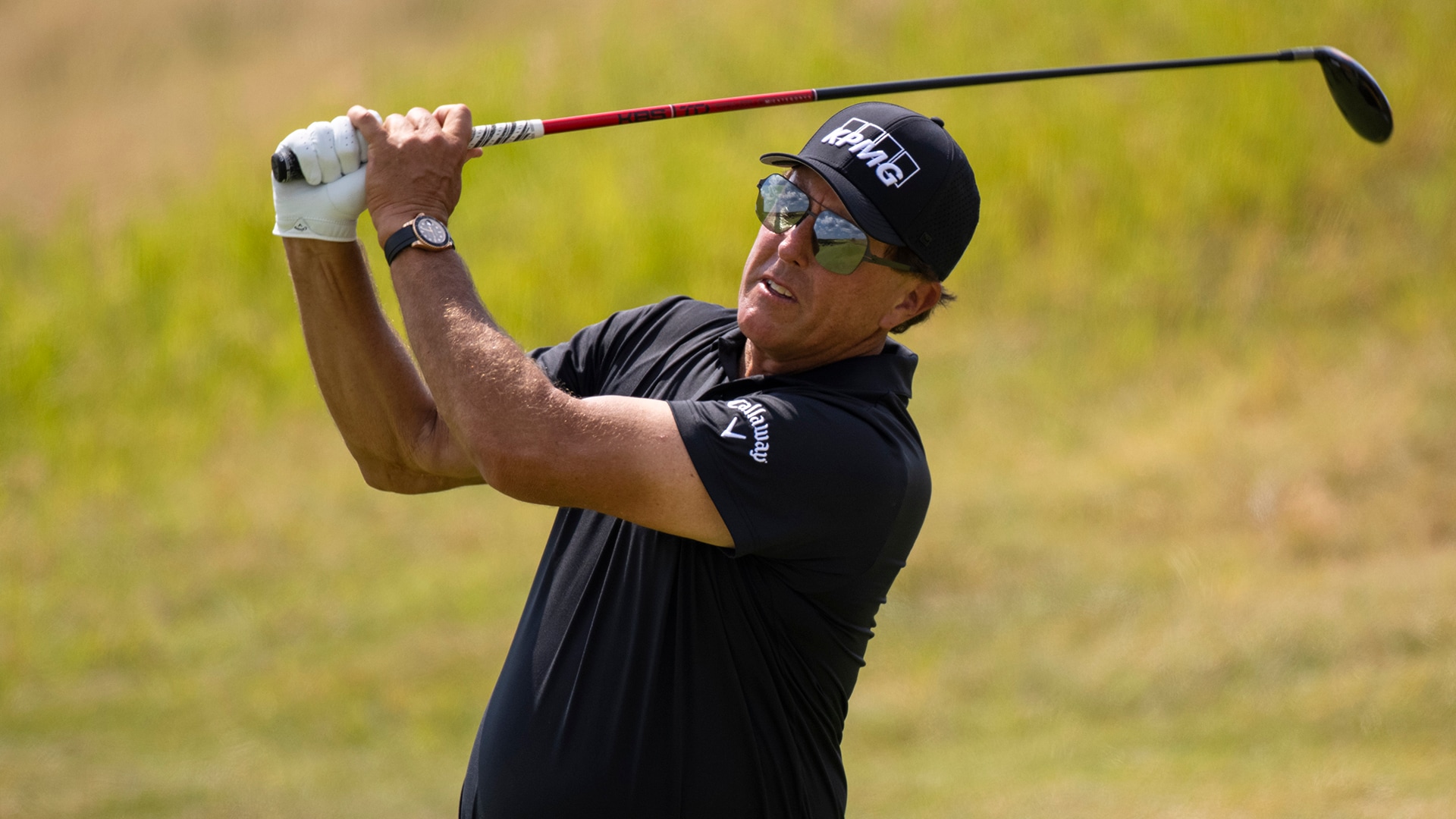 Phil Mickelson sent a warning shot Monday to the rest of the PGA Tour Champions.

Making his debut on the over-50 circuit, Mickelson carded 11 birdies on his way to an opening-round 61 to take the lead by one shot at the Charles Schwab Series at Ozarks National.

“It’s a lot of fun,” Mickelson said. “It’s a fun environment, and the environment is really cool for me to be a part of.”

It might not be much fun for the rest of his competition, as Mickelson, who turned 50 in June, was a surprise addition to the field after missing the cut at the PGA Tour’s Northern Trust and failing to qualify for the second leg of the FedExCup playoffs. Shooting low numbers during practice rounds at home, Mickelson said he often played “tight” in Tour events and found himself steering his way around the course. Last month he tied for second at the WGC-FedEx St. Jude Invitational, but that was his first top-20 finish since February.

Mickelson knew that his first foray onto the PGA Tour Champions would generate attention and interest, and he felt the pressure to perform.

“The expectation is there,” he said. “If you play well and win, well, you’re supposed to do that. If you don’t, it’s like, What happened? I wanted to make sure I was playing well when I played in my first one.”

Apparently, he was ready. Playing alongside Steve Stricker and Retief Goosen, Mickelson ripped off four birdies in his first five holes and went out in 32 after a bogey on the par-5 ninth. After a birdie on the 11th, he made five straight birdies on Nos. 13-17 before missing a putt inside 15 feet on the final hole that would have given him an opening 60.

The 10-under round still earned him a one-shot lead over David McKenzie. He’s already three shots clear of the four players in a tie for third, including former Players champion K.J. Choi and U.S. Open runner-up Rocco Mediate.

Afterward, Mickelson was asked to assess the difference in setups between the PGA Tour and the PGA Tour Champions. He called the Tour setups “very difficult,” in that more than half of the holes are often cut atop a crest that makes it challenging to get the ball close to the hole.

“The pins weren’t easy,” he said of the seniors’ setup Monday, “but they were about what you’d see with a challenging setup when you play your home course.”

Only 19 players have won in their first start on the PGA Tour Champions, most recently Jim Furyk last month.

The 54-hole event in Ridgedale, Missouri, will end on Wednesday.