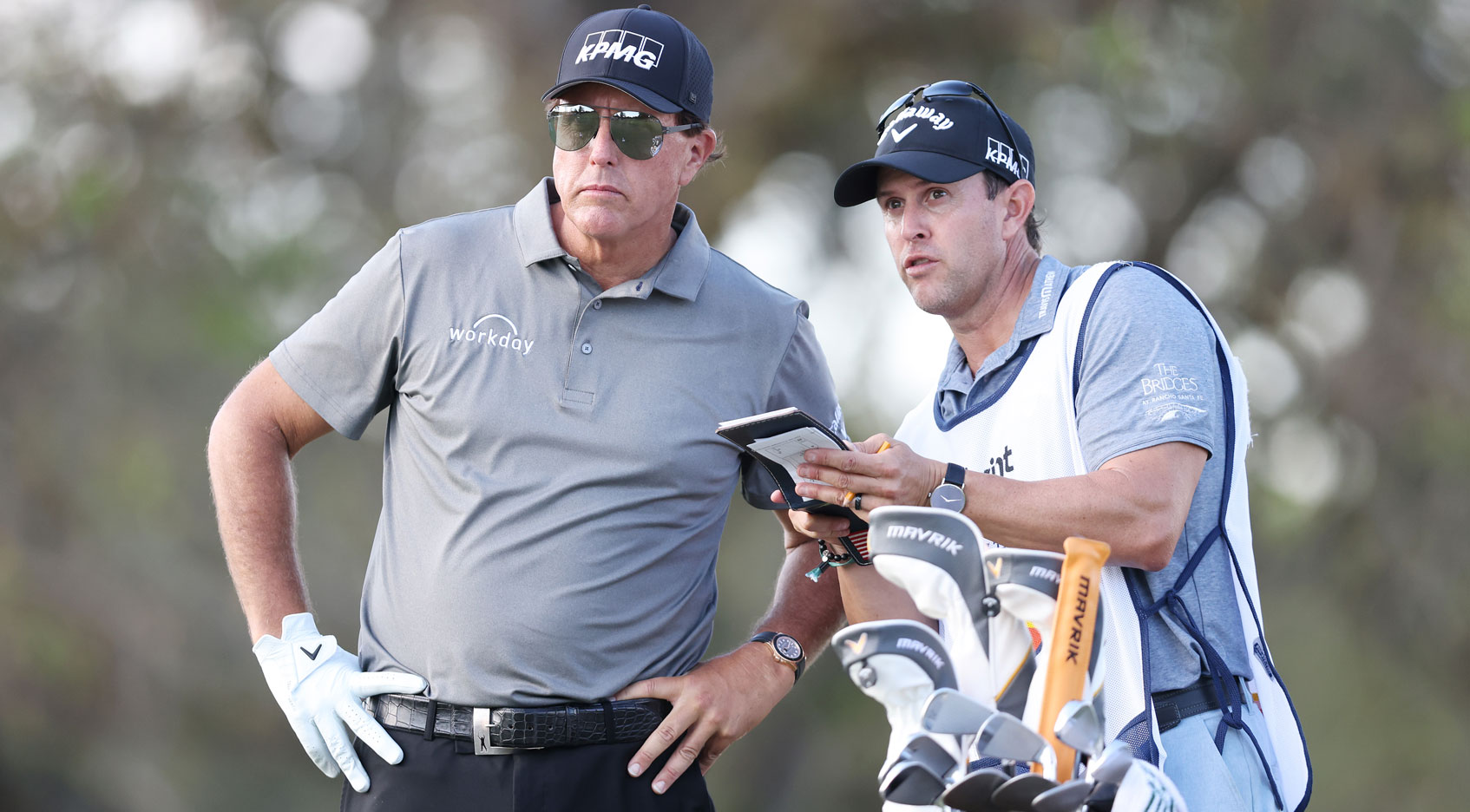 Mickelson is set for his first TOUR start since November at this week’s The American Express, contested in his native California. Tim has been awarded the week off, with Mickelson’s swing instructor Andrew Getson filling in.

The approved leave of absence is for good reason: Tim and his wife Maranda are expecting their first child imminently.

“Today is January 20, and it’s their due date for their baby boy,” said Mickelson on Wednesday afternoon at PGA West. “With Palm Springs being a two-hour drive away, and the inability to join your wife if you’re not with her when you go into the hospital at birth. He has to be there with her.

“I just know that the birth of any children, especially your first, is the most emotional experience that you could possibly share, and there’s no sense to take any risk. He’s at home with his wife; they’re due any minute, any day, and I’m excited for them.”

Getson, who also filled in at last year’s Genesis Invitational, was the logical replacement. The duo has worked together for five-plus years.

“On Tuesday, he was Thursday-ready,” Mickelson said. “His game is sharp, he is working hard, he’s going to be a great caddie, and I’m appreciative of him stepping in to take over for my brother.”

Mickelson is now in his second year as host of the storied event, now in its seventh decade and sparked by Bob Hope’s vision. The 50-year-old projected a relaxed demeanor in Wednesday’s session with the media, joking with reporters about their ‘quarantine beards’ and expressing appreciation for the opportunity to compete amidst the COVID-19 pandemic.

Mickelson last appeared at the 2020 Masters, finishing T55, and aims to build on a 75th-place showing on the 2019-20 FedExCup standings. His best finish in the 2019-20 season was a T2 at the WGC-FedEx St. Jude Invitational last August, and he also won each of his appearances on PGA TOUR Champions.

The 44-time TOUR winner admits that his schedule could gravitate toward PGA TOUR Champions later in the season if he struggles to contend on TOUR. For now, though, he’s committed to competing on TOUR into his 50s.

As his nephew readies to enter the world, Mickelson readies to chase his third title (2002, 2004) in the Palm Desert.

“I’ve actually had a good offseason, where I haven’t had as much time off as I normally would take, because it’s been so much shorter. I feel like I’ve made a few good strides, and I’m excited to start the year and see if I’m able to continue playing at the highest level.”