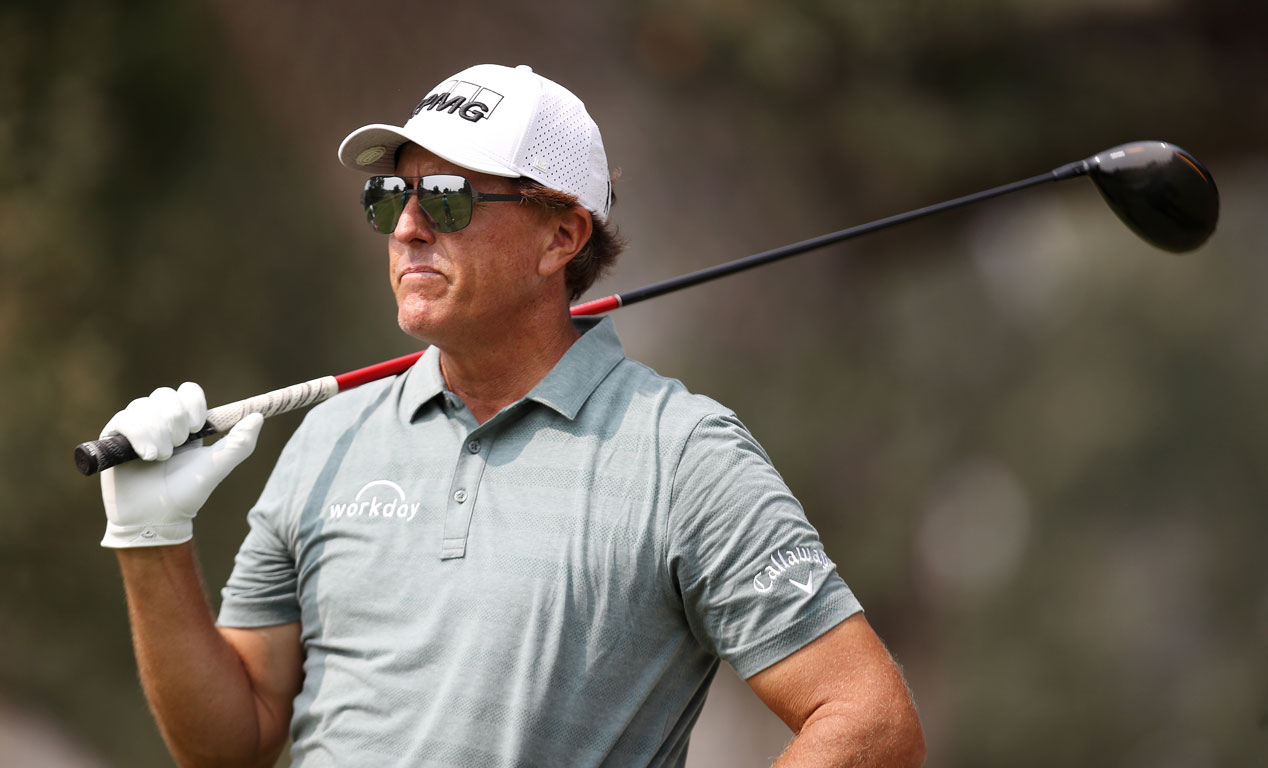 NAPA, Calif. – If Phil Mickelson wants to produce a fairytale career grand slam win at the U.S. Open he will need to find some accuracy off the tee in rapid time.

Mickelson heads to Winged Foot – the site of his best chance to win a U.S. Open during his storied career – coming off a dismal week off the tee at the Safeway Open. The veteran closed his efforts at Silverado Resort and Spa with a 2-under 70 to finish at 10 under for the week, well off the pace of victory.

RELATED: Full Safeway Open leaderboard | Mickelson wasn’t the only one to make a mess of Winged Foot’s 18th

His last seven holes featured four birdies to give some momentum but the biggest concern remains his driving statistics. The 50-year-old managed to hit just 12 of 56 fairways over his four rounds, including a third round that saw just one fairway hit and a final round with just two. He ranked a clear last of the 73 players to make the cut and was -3.363 in Strokes Gained: Off-the-Tee when he signed his card.

To be fair, the set up this week included very tight fairways, perhaps even tighter than might be seen at the national championship next week. But the U.S. Open shortgrass will likely be firmer and harder to hold, plus the rough will be infinitely more penal.

“This is the worst I’ve played in the last three months,” Mickelson added. “I’ve got some work to do … I need to strike it better … But heading into this week or the last three, four weeks, I was playing really well, so hopefully it’s not far away.

“I’m not discouraged because I’m fresh and I’m not worn out, so I can put in the time and the effort and the work to hopefully get it fixed … There was some positives, too, so it’s not that far off.”

Of extra concern is the fact he missed the majority of his fairways to the left, something he had rid his game of in recent months. It is the left miss he fears most and the miss that wreaks havoc on confidence for the left hander.

“The last couple of months I’ve been missing it more to the right and not worried about the left and the left crept in again,” Mickelson said. “For years I missed it left. I haven’t been fearing that at all lately, but this week I missed it left, which is not good. I can deal with missing it right, now, but not left.”

Mickelson is a 44-time PGA TOUR winner and has captured five major championships. He is only missing the U.S. Open, where he has been runner up six times. In 2006, the last time the tournament was held at Winged Foot, Mickelson stood on the 72nd tee with a one shot lead in the final group. But he made a tough double bogey to lose by one to Geoff Ogilvy and has been asked about it constantly since.

“It doesn’t bother me at all. It’s part of the deal. I’m to the point where I can laugh at it now,” he said. “It’s just part of playing golf. You’re going to have a lot more failures than successes, but I’ve had a number of successes that I tend to focus more on. I have selective memory.

“I’ve won a major winning the week before, I’ve won a major missing the cut the week before. You just don’t know how it’s going to be. Right now I’m right in between. I’ve got a little bit of work to do, but again, it doesn’t feel far off. And I actually have had some nice breakthroughs in the last year and I feel like I’m on the precipice of playing really well, but I’ve got to get it to click.”