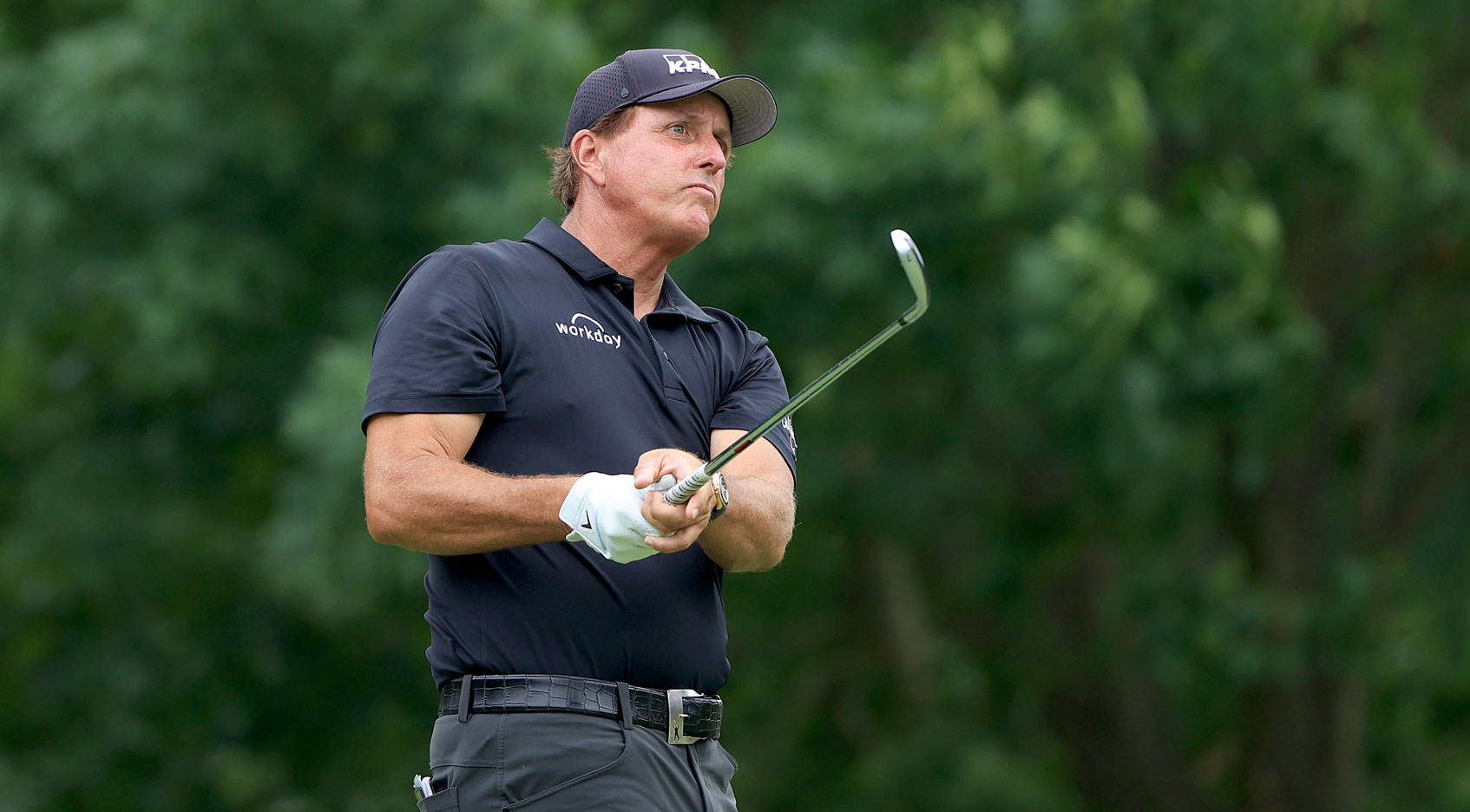 Part of the secret was letting go of some of his rigidity and nerves and also not getting dragged down in over practicing. Instead he matched up against Mickelson. But he wouldn’t divulge who won when the two went to battle.

“What I will say is what was good for me was he made me feel like it was a tournament situation just because he’s Phil Mickelson,” Bhatia said. “Obviously he’s won a lot. But there wasn’t a lot of like advice that I really asked him this week other than a lot of trash talk on the golf course, and that’s fun going back and forth with him and playing against him.”

It is this newfound relaxed attitude Bhatia hopes will help him buck a trend that has seen him now start all seven of his TOUR events as a pro with an under par round, only to then miss the cut.

“The biggest thing is just understanding how to control my mind when I felt my heart rate got up or when I’m playing well,” he said. “But anytime I get to ask him certain questions, he’ll give me a pretty good answer. He just supports me and gives me a good laugh anytime I need it.”

Of course Mickelson knows a thing or two about performing under pressure. And his practice rounds have notoriously tried to recreate that over the years with legendary stories of battles against his fellow professionals.

“I definitely pick up on a few things when I play with him. And he’s always keeping in touch, he’s always been a role model,” Bhatia said. “Ever since I’ve turned pro, he’s really taken me under his wing. Having one of the greatest players of all time actually caring about me is pretty special. It’s a good friendship that I hope lasts a long time.”

For Mickelson Thursday represented a grind but his 71 was pretty decent considering he hit just five of 14 fairways. He remained relatively upbeat given things could have been a lot worse.

“I let a lot of shots go today, which was disappointing, and I didn’t drive it well on the front nine, for sure. For me to shoot under par, it’s actually a mini victory in that I didn’t shoot myself out of the tournament,” Mickelson said.

“I’ve got to go shoot seven, eight under par tomorrow to get in it for the weekend, but it’s very doable. I’ve actually have been playing well enough to do it, but not today. I fought to stay in it when I didn’t have it. I’ll put a little work in and see if I can go shoot a low one tomorrow and get right back in it.”