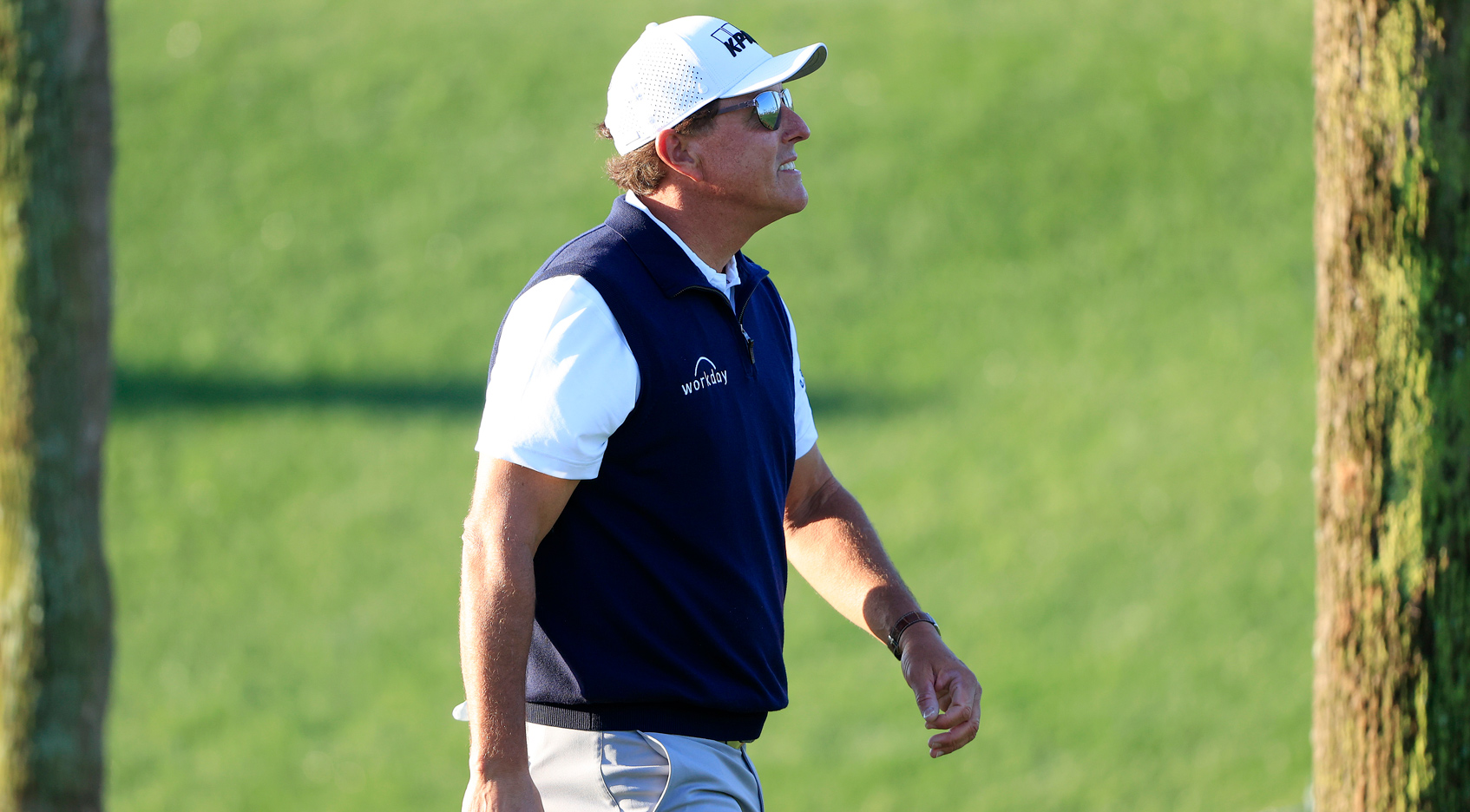 PONTE VEDRA BEACH, Fla. – Phil Mickelson was in no kind of form.

In eight TOUR starts this season, his best result is a T44 at the Safeway Open, and he recently fell out of the world top 100 for the first time since 1993. He’s gone from being in contention to being in commercials.

And yet while many of today’s stars shot themselves out of it early, there was the indominable Mickelson hitting 11 of 14 fairways en route to a stress-free, 1-under 71 in the first round of THE PLAYERS Championship. He beat Rory McIlroy by eight, Tony Finau by seven, Rickie Fowler by six.

Under the radar? Yes, Mickelson was that. Over the hill? Nope.

“I haven’t played well in a long time,” said Mickelson, who was the low man in his group (Finau and Charles Howell III, 73). “And although I’ve felt like it’s close, I haven’t been scoring. To finally shoot a decent number, that feels good, and I’ll try to build off of that.”

Mickelson was six behind early first-round leader Sergio Garcia, who eagled the par-5 ninth and 16th holes, but miles ahead of expectations, at least where most golf fans were concerned. Yes, he won this tournament in 2007, but since then has often said he could hardly believe it.

Pete Dye’s masterpiece can be rough on wayward drivers of the ball, which was one reason why Mickelson had missed six of his last seven cuts here. You can’t hit a recovery shot from the bottom of a lake. At 50, he has looked ever closer to going full tilt on PGA TOUR Champions.

It was on Champions that Mickelson won the Charles Schwab Series at Ozarks National last August, and the Dominion Energy Charity Classic in October. Going for an unprecedented three wins in three starts on the 50-and-over circuit, he finished T20 at the recent Cologuard Classic.

The game just hasn’t been there this year. Odd, then, that it would return at the Stadium Course, which was at its diabolical best Thursday. The pin placements? “Smelly,” said Lee Westwood (69). The wind? Swirling. Paul Casey quadruple-bogeyed 17. McIlroy made his own quad on 18.

Mickelson knows more about quads than your average orthopedist, but the Hall of Famer stayed dry, avoided trouble, and made over 85 feet of putts.

“Little things,” he said of what’s been holding him back. “Short game hasn’t been as sharp, haven’t putted as well. My iron play hasn’t been quite as good. But it hasn’t felt far off, but I just haven’t like put it together. So my whole thing is to just try to shoot a number, just try to score and not really worry about the technical side right now.”

On the subject of dropping out of the top 100, he said it was a “cool run” but otherwise hadn’t given it any thought. He hasn’t had time; he’s been grinding.

Mickelson will be in the field at The Honda Classic next week, but isn’t qualified for the World Golf Championships-Dell Technologies Match Play Championship the week after that. He said he’s likely to play in the Valero Texas Open, and then it’s on to the Masters Tournament.

“I haven’t played well lately, and I just want to play well,” he said. “It just feels good to play good golf, and there’s nothing physically inhibiting me from playing good golf. I’ve been mentally making the game harder than it is. I just need to fix that, just think a little bit better.”

So far, so good at TPC Sawgrass.