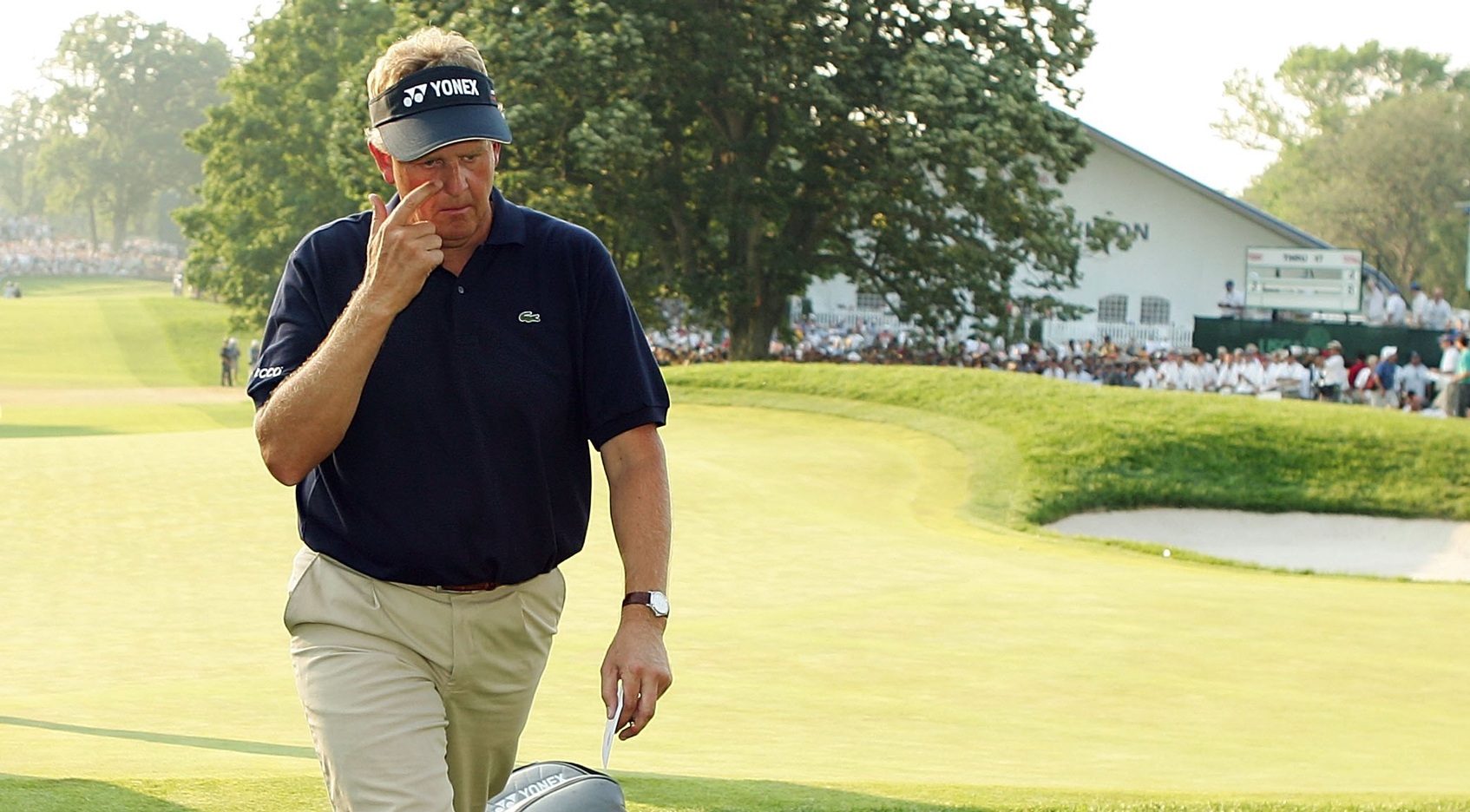 The U.S. Open’s return to Winged Foot means revisiting one of the wildest finishes in the tournament’s history.

Phil Mickelson’s failure on the final hole receives most of the attention, and for good reason. The U.S. Open is the only event that stands between him and the career Grand Slam. His six runners-up in this event also are a record; no one else has more than four. Winning at Winged Foot would have given Mickelson three consecutive major victories, as well.

Winged Foot may have been his best chance to win his national championship. Playing in the final group, he arrived at 18 needing a par to win. Instead, his drive sailed off a hospitality tent and his recovery shot ricocheted off a tree and nearly bounced back to his feet. He made double-bogey instead.

“I am such an idiot,” Mickelson famously said afterward. “This one hurts more than any tournament because I had it won.”

His 6 at the last hole dropped him to 6 over par for the tournament, one shot behind winner Geoff Ogilvy.

He wasn’t the only one who lost the 2006 U.S. Open with bogey, or worse, on 18. PGATOUR.COM recently spoke to the others to illuminate all of the craziness that occurred on Winged Foot’s closing hole:

Finish: T2, 286 (+6)
Shots behind Ogilvy: 1
Score on 18: Double bogey
What happened on 18: Flared his approach from the 18th fairway short and right of the green.
Quotable: “I am convinced to this day that if I was able to hit that second shot in real time — I walk up to it and hit it the way that I do — I would have won.”

Mickelson wasn’t the first player to lose the 2006 U.S. Open with a double-bogey on the final hole. Montgomerie did it first, and from the middle of the fairway.

At least one fellow contender said it was Montgomerie’s double, not Mickelson’s, that was the most shocking because of where it came from. We’re all accustomed to Mickelson scrambling from the trees. Mickelon’s popularity – and his enduring quest for his first U.S. Open – has caused his mistake at Winged Foot to overshadow Montgomerie’s.

Montgomerie wrote in his autobiography that Winged Foot was “the major near-miss which can still wake me up in the middle of the night.” Montgomerie, a World Golf Hall of Famer, had five runners-up in majors but never won one.

What happened on the final hole was especially jarring after the good fortune he experienced one hole earlier. He made a 40-footer for birdie on that hole, a stroke of fortune that made him wonder if fate was finally shining upon him.

“It went in and you think, ‘OK, is this it? Is this suddenly my time?’” Montgomerie recently told PGATOUR.COM.

Johnny Miller could see Montgomerie’s emotions from the broadcast booth.

“I think he is thinking about crying right now,” NBC’s Johnny Miller said on the telecast. “I’m serious.”

Montgomerie walked to the 18th tee tied for the lead with Mickelson. Montgomerie split the fairway with his trademark high fade. He later called it his best drive in a pressure situation.

He was left with just 172 yards to the hole. The pin was on the right-hand side of the green, a perfect spot for his left-to-right ball flight. Montgomerie had to wait several minutes to hit the shot, however, after Vijay Singh drove into the same hospitality area that Mickelson later bounced his tee shot off of. While Singh received his drop, Montgomerie estimated he had to wait 15 minutes before hitting his shot.

“He’s been waiting down there, Johnny, but he’s been waiting nearly two decades for a major championship, so what’s another minute or two,” Dan Hicks said on the broadcast. It was the wait that Montgomerie felt hurt him.

“The time, that was the problem with it,” he told PGATOUR.COM. “It was the time I had to think. That’s why I’m a quick player normally, because I’m convinced that the longer you have over a shot, the more doubt and the more negative thoughts spring up. And that’s what happened and unfortunately I mishit it.”

Montgomerie changed from a 6-iron to a 7-iron right before hitting, a decision that Miller immediately questioned. “I’m surprised he just switched clubs, when you’ve had 10 minutes to figure it out,” Miller said.

Montgomerie thought adrenaline would give him added distance with the shorter club, but he caught it fat. “What kind of shot is that?” he said almost immediately after impact.

The ball fell short and right of the green. He was below the green, chipping up to a putting surface that sloped away from him. His flop shot sailed well past the pin and he ran his par putt approximately 10 feet past the hole. He missed the comebacker, which would have gotten him into a playoff.

“Colin Montgomerie will wonder if there will ever be another chance,” Hicks said.

There wasn’t. Montgomerie, who was less than a week shy of his 43rd birthday, never finished better than T42 in another major.

“I had a very bad flight home that night,” Montgomerie wrote in his autobiography. “I remember sitting there in a daze, not knowing what to say or do. I wasn’t crying. I had gone beyond that. I was incapable of any analysis. The same three words, ‘What just happened?’, kept going through my head.”

Furyk doesn’t remember seeing Mickelson’s debacle on the 72nd hole. He was on his way out of town when it happened. The U.S. Open runners-up are included in the trophy ceremony but Furyk never thought he’d need to stick around for that after his bogey on the final hole.

“I missed (the trophy ceremony) because I left,” he said recently. “I didn’t think I was going to be second. It never even dawned on me. I was in my car on the way out by the time that all shook out.”

Furyk, who’d won the U.S. Open three years earlier, three-putted the 15th from 30 feet for his first bogey of the back nine. He thought he needed a birdie at 18 to win the tournament for a second time.

“I was always disappointed I bogeyed that last hole. I was pedal down, trying to make birdie as hard as I could.”

Furyk’s tee shot landed in the fairway but bounced left into the second cut. He tugged his second shot into a bunker left of the green but blasted out to about 6 feet. Furyk and his longtime caddie, Mike “Fluff” Cowan, studied the putt intensely. Furyk backed off multiple times.

“I backed off of it because I wasn’t comfortable,” Furyk told PGATOUR.COM. “I remember hitting a decent putt. I looked up and it burned the edge.”

The left-to-right putt lost steam and missed on the low side.

“That was not that hard of a putt, except for the situation,” Miller said on the telecast.

“If they end up at plus 5, Furyk will think about that one for a while,” Hicks added.