Thomas Pieters won’t be a part of the European squad that will look to win back the Ryder Cup later this month, but he had plenty of thoughts to share from his time in the arena two years ago at Hazeltine.

The Belgian was a Ryder Cup rookie for the 2016 matches in Minnesota, where he was the standout star on the losing squad. Pieters went 4-1 while forming a powerful pairing with Rory McIlroy, but the U.S. ultimately won the trophy by a 17-11 margin.

Speaking in a recent interview with Bunkered Magazine, Pieters shared that the American crowds were pretty rough on McIlroy during their matches together – in part, he thought, because of the alcohol flowing among the gallery.

“For me, it wasn’t that bad because they didn’t know who I was. They didn’t have any dirt on me or anything like that. But for Rory, yeah, it was pretty hostile,” Pieters said. “They shouted stuff at him that you shouldn’t shout at anybody anywhere. Maybe that’s because they sell beer at 7 a.m. and Americans can’t drink.”

Pieters was also critical of the course setup at Hazeltine, which is controlled by the home team for the biennial matches and which Pieters felt came down to a “putting contest.” He recalled specifically a Saturday foursomes match against Rickie Fowler and Phil Mickelson where the American side was able to stay in the match despite some wayward shots from a certain five-time major champ.

“The set up of the course was ridiculous. You could hit it anywhere,” Pieters said. “(Mickelson) was sometimes hitting it, like, six fairways left or right but was still able to get it on the green and then make a 40-footer. I didn’t think it was a great Ryder Cup set up, to be honest.”

Pieters was chosen as a captain’s pick by Darren Clarke two years ago, but this time around he was among the notable names who were bypassed when Thomas Bjorn tapped Paul Casey, Sergio Garcia, Ian Poulter and Henrik Stenson. 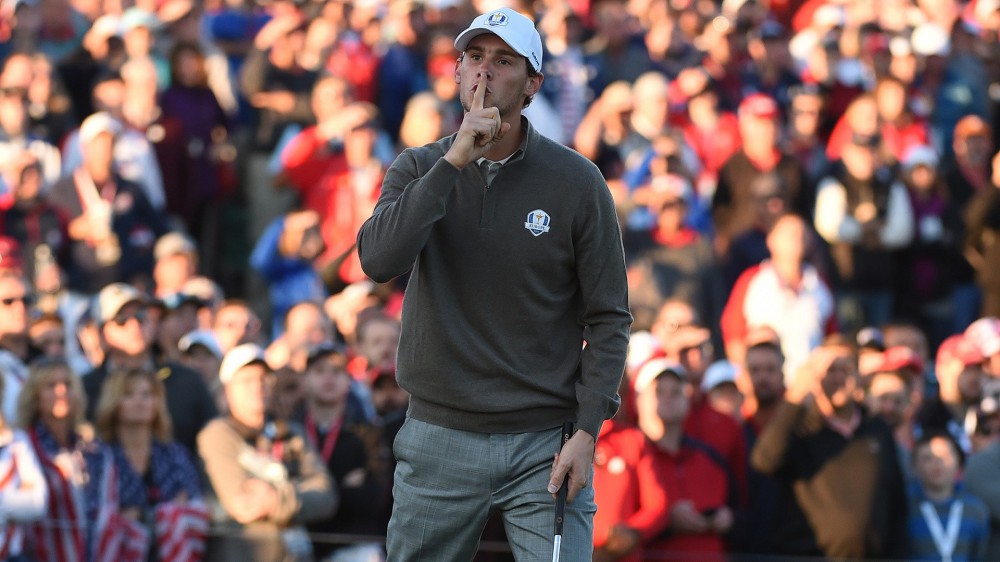