Tiger Woods’ late rally at the Valspar Championship, where he made a 43-foot birdie putt on the 17th hole and had a putt at the last to force a playoff, drove the Twitterverse crazy.

Players, athletes and even celebrities lost their collective minds watching Woods nearly come from behind and capture his 80th PGA Tour victory. Take a look at the social media hysteria.

Anyone else just scream when that putt went in

What do we think here guys??? I know what I’m pulling for…

Are you kidding me @TigerWoods ?!?

I can’t right now with the suspense pic.twitter.com/474o9HUNJA

He is so back

Has any one athlete ever moved the needle for an entire sport like Tiger for golf?! Maybe MJ, Serena… idk. Man that’s crazy.

Saw u working today Tiger. You’re Pops was proud. I was a fan today and enjoyed the great golf, keep climbing and let off the gas. Golf became fun again thanks to you and all those fans including this ol guy who was there rootin for ya pic.twitter.com/gllM7feiKN

[email protected] from deep! What a putt. So great to see him competing like this on a Sunday.

Tiger woods , I love you

Seriously though, Tiger being BACK means there’s gonna be so much more sponsorship money flooding back into the game, regardless of the austerity the world inevitably faces. That hat deal is looking sweet. 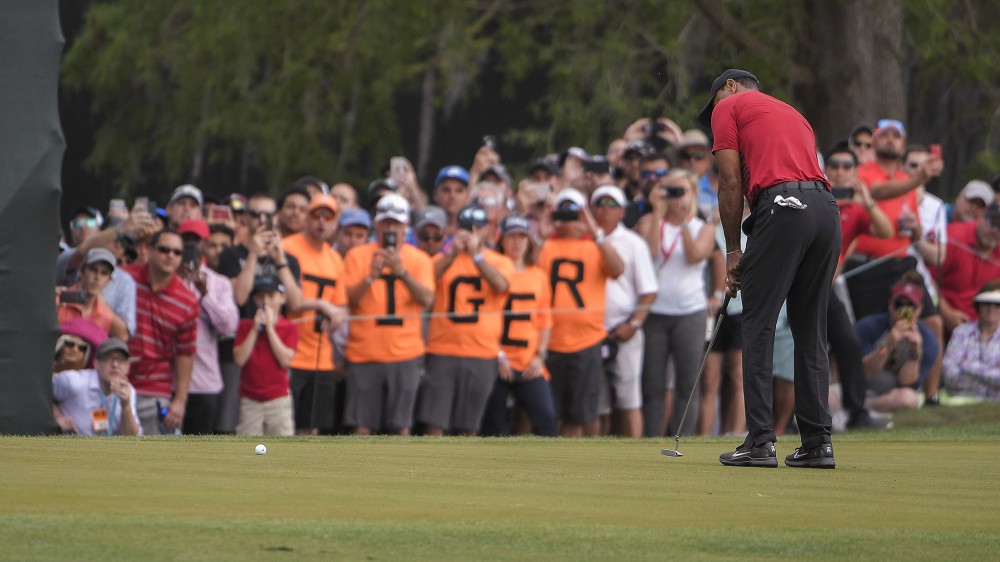