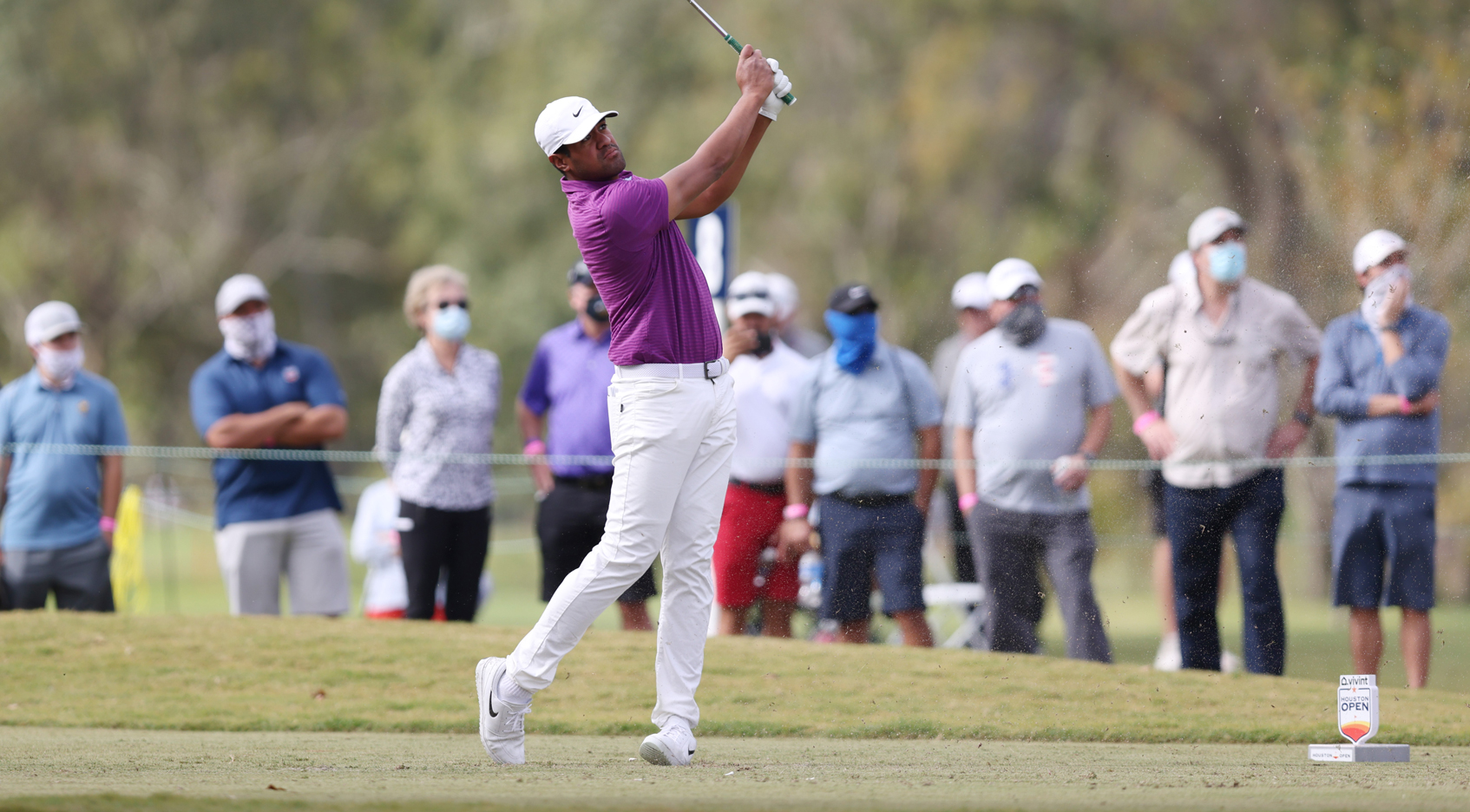 HOUSTON – Adam Long was confused when he arrived for the first round of the Vivint Houston Open. Not because he was arriving at a new venue, one that hasn’t been used on the PGA TOUR for more than half a century. He was surprised to see spectators for the first time since the start of the COVID-19 pandemic.

“There’s people walking around and I was like, ‘What’s going on?’” Long said after shooting 68 on Thursday. “Completely forgot. It’s nice. It gets you excited a little bit, gets you fired up. It’s nice to hear some claps out here when you’re fortunate enough to hit a good shot.”

The Vivint Houston Open is the first PGA TOUR event in the United States to have fans on-site since March. Two thousand tickets were sold for each round of the tournament. Last week, five hundred fans per day were permitted at the Bermuda Championship.

“It’s great having fans back out again,” Texas native Scottie Scheffler said after shooting 67 on Thursday. “The energy was definitely a lot different than us just being out here by ourselves.”

The return of spectators is part of a measured approach by the PGA TOUR to re-introduce galleries. The PGA TOUR will work with local authorities each week to determine if spectators can safely attend and determine how many should be allowed on-site. There will be no spectators at the three events remaining on the PGA TOUR schedule this year.

“As we work toward gradually permitting ticketed spectators and special guests at PGA TOUR events, we remain committed to health and safety as the No. 1 priority,” said Tyler Dennis, the PGA TOUR’s Senior Vice President & Chief of Operations. “Every week may look different, as we need to be cognizant of what is reasonable in each market, based on the current COVID-19 climate, local and state protocols and, of course, how the venue is set up to accommodate density guidelines.  We appreciate the collaboration with the Bermuda Championship last week and Vivint Houston Open this week in their thoughtful participation in our Return to Spectators plan.”

Jordan Spieth described the presence of fans with a word that hasn’t been uttered often in 2020.

“It certainly felt more normal as we were playing today and especially as we were finishing up, just the look of it is way more normal,” said Spieth, who is a Player Director on the PGA TOUR’s Player Policy Board. “Obviously if we’re able to do it safely, that’s a huge win for the tournaments and the TOUR, so hopefully it continues to go well like it did this morning.”

Scheffler said he was “extremely comfortable” with fans on-site.

“I think the PGA TOUR’s done a great job keeping us safe and keeping the fans safe,” he said. “I think it’s great that they have the freedom to come out here and watch. Pretty much everyone was wearing a mask that I saw, so I felt very safe out there on the course.”

First-round leader Brandt Snedeker said the fans were a “big reason” why he played so well Thursday.

“I love having fans out here, I kind of feed off their energy,” said the former FedExCup champion. “It’s great to hear some claps and people excited for good shots and some birdies.”