CHARLOTTE, N.C. – Justin Thomas is one of the most active PGA Tour players on social media, so it was no surprise that a random message on Instagram caught his eye.

The message had been sent by an Instagram user named Sean Powell asking Thomas to help him propose to his girlfriend, Andrea Cota.

“I said that sounds like a pretty cool thing and it would be fun to be a part of,” Thomas said Wednesday at the Wells Fargo Championship.

SHE SAID [email protected] helped a couple at @WellsFargoGolf create a memory that will last a lifetime. #LiveUnderPar pic.twitter.com/QvdCdRtmC7

Thomas agreed, but the timing had to be just right, so the duo came up with a plan for Powell to pop the question just as Thomas was teeing off for his Wednesday pro-am.

“If it’s just randomly in the middle of a day and there’s cameras everywhere, it’s going to be pretty obvious or awkward,” Thomas said. “Here we could have at least played it off that the cameras were for some reason there for me and she didn’t know any better.”

“It all worked out great and I’m really happy that I didn’t screw it up for him,” Thomas laughed. 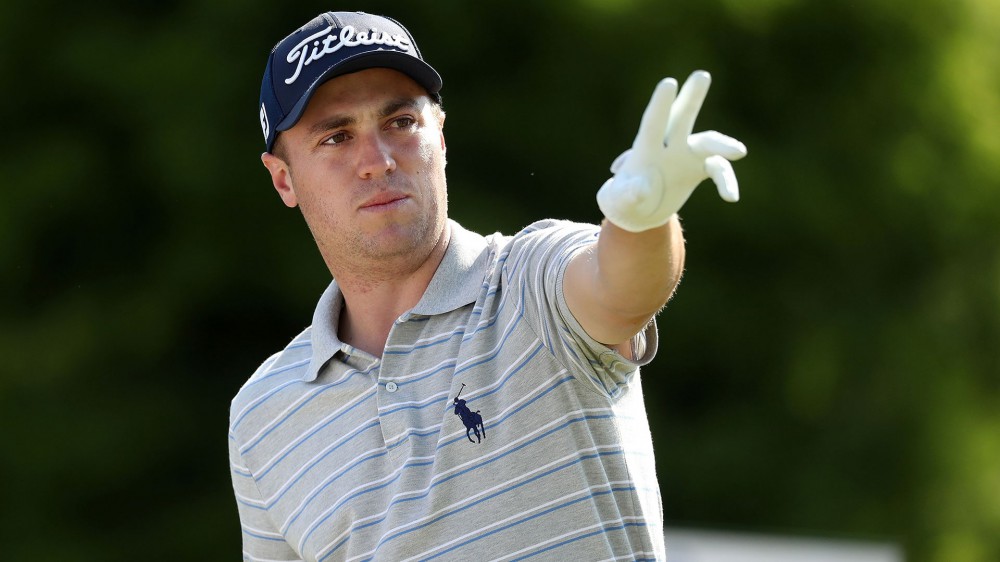