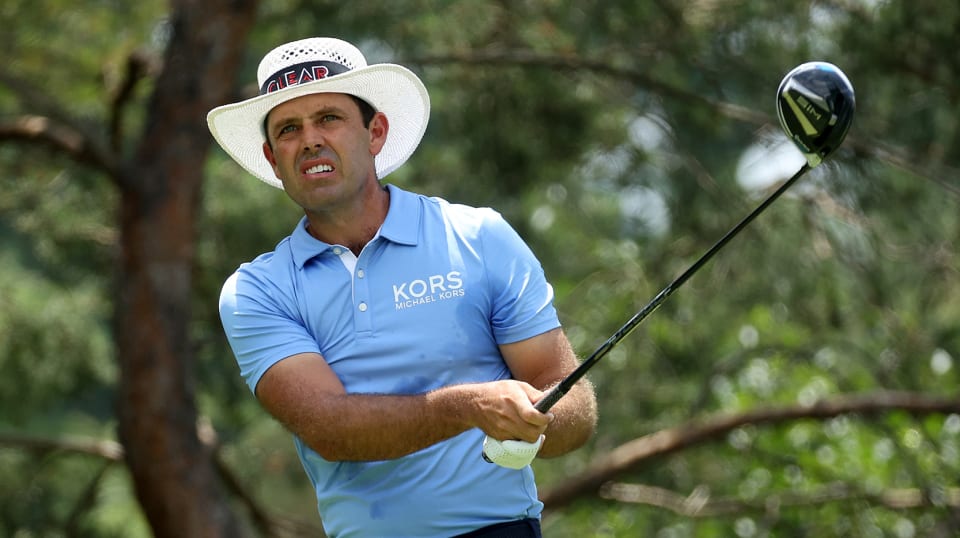 Since 2009, the lowest ranked player in the FedExCup to move inside the top 125 at the Wyndham Championship was Davis Love III in 2015 who moved from 186th to 76th with his victory in Greensboro.

Nine players have made the FedExCup Playoffs every season since its inception in 2007. Of those, two are mathematically at risk to end the run. Justin Rose sits 103rd after moving inside the Playoffs zone following the PGA Championship. Charley Hoffman is 106th.

This is extremely significant to those sitting around the 200th spot bubble. Currently just fractions of a point separate Henrik Stenson at 200th and Boo Weekley at 201st. But let’s look at David Berganio, Jr. as a case study here.

Currently he is the only member in the field with no points for this season. 200th is 69 points at the moment meaning Berganio, Jr. can potentially rescue something from this season with a solo 11th place finish or better.

Stenson is not in the field this week but Rhein Gibson (190th), Jim Herman (192nd), Chris Kirk (196th) and Wesley Bryan (199th) are the most at risk of those of falling back who are playing. There are 16 players outside the 200 mark in the field looking to grab an early 2022 security blanket. They would love to know they have the lottery ticket waiting at the end of the 20-21 season should their rough run of form continue.

The Wyndham Rewards is the season long program that ensures the best players over the regular season are recognized for their efforts. While Justin Thomas has secured top spot and the $2 million bonus other movement is most certainly possible.

There are eight players in the field who can impact how the bonus structure will finish. Four of them in Webb Simpson, Sungjae Im, Patrick Reed and Brendon Todd are already inside the top 10 and are looking to either move up or stay inside. Four more in Sabastian Munoz, Adam Long, Joaquin Niemann and Harris English all know they can get after the rewards and push their way in with a good week.

Rory McIlroy, Todd and Jon Rahm could mathematically be pushed out. An entire breakdown can be found here.

Last season, nine of the final top 10 in the Wyndham Rewards Top 10 were inside the top 10 of the standings with one week remaining.

“It means a lot to get rewarded for playing well all year round. It’s very special for us, but also it means a lot to us because of the support that we get from Wyndham, who do this as well as being the sponsors for this event… it is amazing,” Reed said. “I feel like it just shows how well you’ve played all year… you have to play well all year in order to be inside the top‑10 and have a really good chance at making East Lake.”

Speaking of the TOUR Championship, it is there that the top 30 players get to have their crack at the FedExCup in a winner take all scenario. Players are slated with a head start based on where they finish on the points list. The leader starts the tournament at 10 under with a sliding scale from there all the way to those 26th-30th starting at even par.

So trying to move up into the top 30, or higher in it, is still an opportunity this week. Playoff points are quadrupled so you can quickly slide back from the top 30 bubble if you don’t get deep quick.

There are eight players inside the top 30 of the FedExCup standings in the field this week attempting to improve their position with countless others behind them trying to get there.

“That’s a big reason why I’m here, right? The Playoffs for me in essence start today. I’ve got to have a good week. I’m not where I want to be on the FedExCup point list. This has been a frustrating year for me to say the least, I’m not happy where I am, so the only way I can fix it is to go out here and play good golf this week and kind of get it going for the next couple after this,” Snedeker, who is a two-time Wyndham champion and shot 59 at Sedgefield, said.

“East Lake’s where you want to be, that’s kind of how I judge my years every year out here on TOUR. If I make East Lake, it’s been a good year. If I don’t, then it’s not been acceptable.”

The top 70 after THE NORTHERN TRUST earn a place at the BMW Championship. Obviously this continues your season and a chance at the FedExCup mentioned above. It also gives you a shot at the TOUR Championship perks above.

But just for making it to Chicago players can historically rely on starts at the elevated events – the Arnold Palmer Invitational Presented by Mastercard, the Genesis Invitational and the Memorial Tournament Presented by Nationwide are all coveted starts that offer three year exemptions to the winner.

So don’t for a second think those having a hit around Greensboro this week aren’t locked in and focused on what’s at stake. They know there’s plenty.