He has been one of the game’s deepest thinkers since he turned pro. Now, he happens to be one of the best in the world.

Bryson DeChambeau experienced a breakthrough season in 2018, winning three times while making his first Ryder Cup squad. Now up to seventh in the world rankings, DeChambeau spoke to Will Gray on the latest episode of the Golf Channel podcast and dove into what makes him tick, both on and off the course.

DeChambeau opened up about the viral video from The Open, where cameras caught him melting down on the practice range as he struggled to get his game on track – only to win two successive playoff events a few weeks later.

“There’s been a lot of times where I’ve had some difficult moments, and I think people saw a lot of that,” DeChambeau said. “I think that’s a good thing, that people realize that I’m human, that I do make mistakes and I do suck every once in a while. But at least from those moments, I was able to learn in a positive way and go out and show them what I can do and who I really am.”

DeChambeau was one of captain Jim Furyk’s four picks for the Ryder Cup, and he went 0-3 while teaming in matches with both Phil Mickelson and Tiger Woods.

He described his week in Paris as “bittersweet” but relished the opportunities to bond with more experienced players in the team room.

“It makes it more personable and relatable out here,” he said. “We’re all struggling for the same thing. And it makes it worthwhile, I would say, to have these relationships now, because I know that they’re going through the same stuff I’m going through.”

His year was not without controversy, though, as his use of a compass on the greens at the Travelers Championship caught the ire of the USGA and was ultimately banned. It’s not the first time that DeChambeau and the governing body have gone head-to-head over rule book matters.

With more rule changes coming in 2019, DeChambeau explained that he would prefer to see the USGA focus on speeding up the game and making it more fun for amateurs than bogging down the bylaws with minutiae.

“I’ve struggled with them, obviously,” he said. “Through all the struggles, I think that I’ve tried to have them maybe understand a little bit from a player’s perspective, a decent player’s perspective, that this is a job. And we’re trying to do our absolute best at the job. And so I really don’t appreciate it when you hinder my ability to do my job to the best of my ability.”

For more from DeChambeau on topics ranging from his relationship with Tiger Woods to his favorite current TV show and penchant for spearfishing, click on the media player above or go to www.golfchannel.com/podcast to subscribe to future episodes. 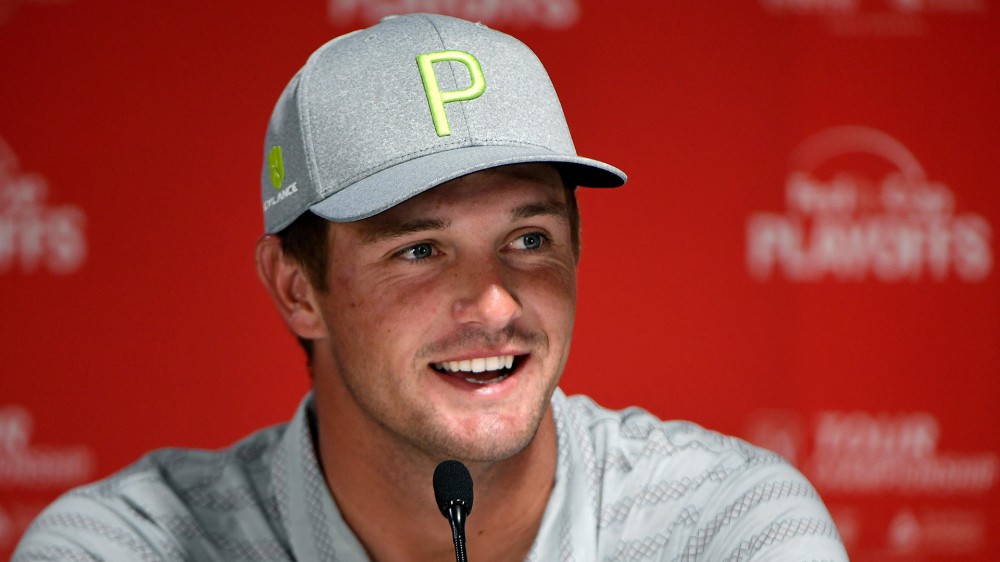