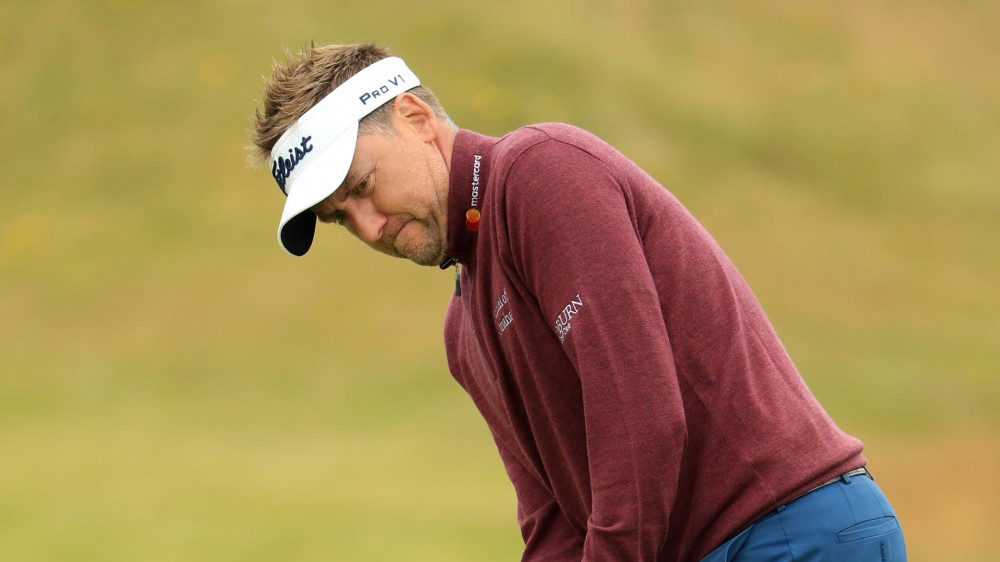 The putts are starting to drop once again for Ian Poulter, and for that he may have Brooks Koepka to thank.

Poulter continued what he called a “mad 2017” with a 5-under 67 to begin the Aberdeen Asset Management Scottish Open, a score that gave him a share of the early lead alongside Rickie Fowler, Andrew Dodt and Callum Shinkwin. Mikko Illonen finished the day in front with a 7-under 65.

It continued a recent run of success that has included six straight made cuts worldwide along with a successful qualifying effort for The Open on his home course in England.

The catalyst, according to Poulter, was playing alongside Koepka at the FedEx St. Jude Classic. He watched as Koepka rolled in putt after putt while placing his right index finger down the shaft of the putter, and after Koepka won his first major title at the U.S. Open Poulter decided to follow suit and tweaked his own putter grip for the first time in his career. So far, so good.

“I’ve holed a couple of putts, and for me that’s been the big difference,” Poulter said. “I’ve played good golf, but I haven’t holed putts at the right time. Obviously, people see me as a good putter because of what’s happened in the Ryder Cup through the years, so it’s been frustrating for me not to hole putts. But to finally see the ball rolling on line has made a big difference.”

Poulter made five birdies during his opening round at Dundonald, with an eagle on No. 14 cancelled by bogeys on the two subsequent holes. His level of on-course comfort is surprising given where he was just a few months ago, seemingly without a PGA Tour card.

But a points revision gave him a reprieve, and a runner-up finish at The Players Championship locked up his card in the U.S. through 2018 and allowed him to focus more in Europe this summer.

“Behind the scenes there’s a lot going on, and I’ve tried to simplify that,” Poulter said. “Don’t need to go into all those bits and pieces, but, you know, life gets busy at times, and sometimes you just need to clear up the bits and pieces. So when you do that, you start to see light at the end of the tunnel.”