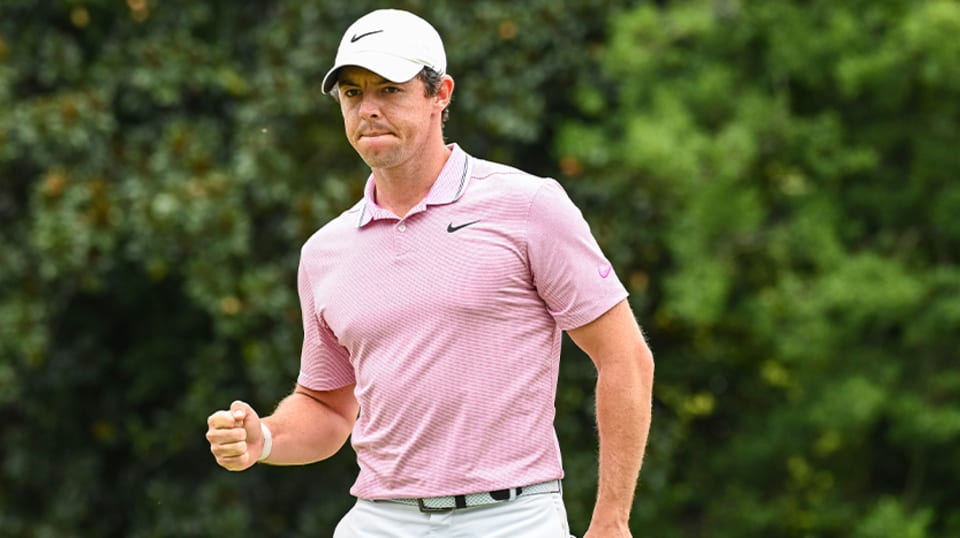 This change will most certainly affect those who will make the top 30 come TOUR Championship time. The top 20 from the regular season are inside these power rankings by default – this is by design as I noticed Rob did the same a year ago based on the knowledge that for the 2015, 2016, 2017, and 2018 Playoffs the top 20 remained inside the top 30 after the first two tournaments in the Playoffs. (Prior to last season there were three Playoff events before the TOUR Championship).

Looking at last season results we see the top 19, and 22 of the top 23 from the start of the Playoffs all made Atlanta. In total just seven players came from outside the top 30 as the Playoffs began. Three of those seven started in 31st, 32nd and 33rd place. The longest shot was Abraham Ancer who started at 67th but made his move with a runner up finish in week one of the Playoffs.

Of course the triple points throws us into some unchartered territory. It was made to protect a good regular season. We might get even more of the current top 30 stay there but there is also a compaction of total points given less tournaments played. Wyndham Clark is in the 125 slot with 276 points. Cameron Smith is in the 30 slot with 807 points. In other words a 531 points gap. Clark could surpass Smith this week with a solo third place finish. A year ago the gap from 125 to 30 was 593 points.

For someone to replicate Ancer, they will need to win or go close to it, in the opening two weeks. That starts at TPC Boston, a Playoff host course from 2007 through 2018. It will feature the standard 36-hole cut of top 65 and ties and once results are official, the top 70 in points will qualify for the BMW Championship. Since 2015, 27 golfers who started the Playoffs outside the top 70 played their way inside the bubble after one tournament. Last year had four players play their way in from outside 70th, but none of those kept it going to get to Atlanta.

Outside of Furyk’s win in 2003, modern day has seen the 2015 U.S. Amateur played at Olympia Fields where Bryson DeChambeau was victorious. Jon Rahm and Collin Morikawa are just some names that were also in that field.

With no cut at Olympia Fields, it’ll be more difficult for the worst seeds to advance to the TOUR Championship, but it’s doable. Since 2015, 17 golfers who started the BMW outside the top 30 played their way in, nine of whom were outside the top 40. The longest shot was Roberto Castro in 2016. As the 53-seed entering the BMW, he finished in solo third and rose to 21st.

Remember when we get to Atlanta the old mathematical equations are gone, instead we have the scoring system used for the first time last season. Once the top 30 is determined at the conclusion of the BMW Championship, FedExCup points no longer apply.

The top seed entering the finale will begin the tournament at 10-under par. The 2-seed will start at 8-under, and so on down to those seeded 26-30 who open at even par. The winner of the TOUR Championship will be the FedExCup champion. He’ll be credited with an official victory, but there is no separate prize fund. Beginning with bonus money of $15 million to the winner, all earnings will reflect final FedExCup finish.

Rory McIlroy won the FedExCup last season despite starting five shots behind Justin Thomas at the beginning of the TOUR Championship. Interestingly enough McIlroy’s golf would have been good enough to beat the field had everyone started from scratch.

Ok Rob… Come on back now.