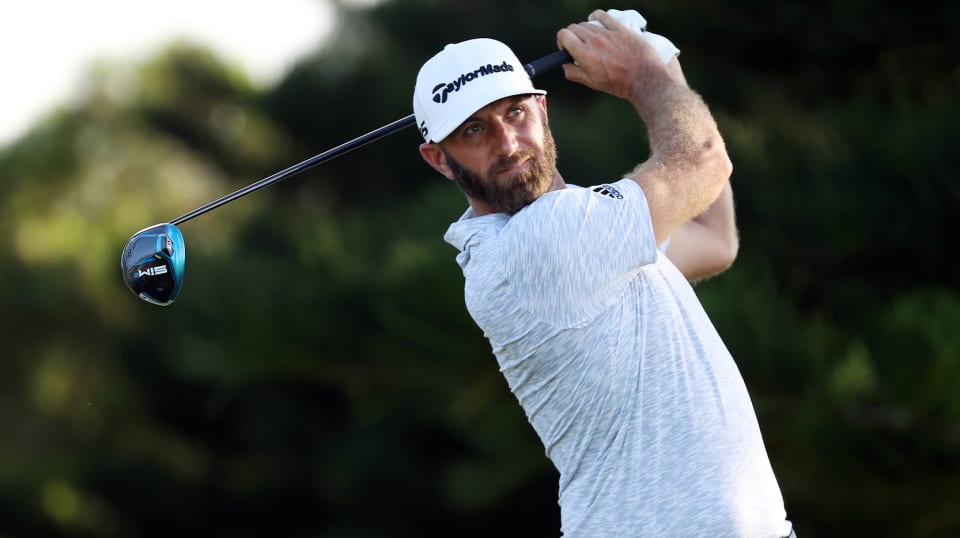 As of Monday afternoon, the field at Riviera was 121 deep. That’s one more than reserved because of the strength in numbers among the automatic qualifiers. Included in its qualifying criteria, the tournament invited the top 125 in a special FedExCup points list that extended from the beginning of the 2019-20 season and through the Waste Management Phoenix Open two weeks ago. (Similar criteria will apply to THE PLAYERS Championship and the RBC Heritage, but those tournaments reserve space for 144 and 132 golfers, respectively.)

“The Riv” is a par 71 with three par 5s. It tips at 7,322 yards. For relevant purposes, the course remained unchanged since last year. The only layer of kikuyu rough is trimmed to an inch and a half, plenty deep for relatively narrow fairways and greens that are prepped to reach 12-and-a-half feet on the Stimpmeter.

Putting surfaces are 7,500 square feet on average, but Riviera’s fairways annually are among the stingiest to split, so the targets need to be a little larger than other courses. Anyone who finds as many as eight (of 14) fairways per round is beating the historical average. Last year’s field averaged 7.14 (or 50.97 percent), fourth-lowest of all courses that season. Hitting the greens on approach and on the par 3s is no bargain, either. Last year’s average of 10.11 per round was second-lowest among all courses. It cannot be expected for a golfer who descended with inconsistent ball-striking to find a level of success with it here.

En route to victory a year ago, Adam Scott hit the short grass off the tee just 23 of 56 times (to rank T63), but he led the field in averaging 13 GIR per round. Forever the ball-striker, he used his length (eighth in distance of all drives at 300.9 yards) to finish third in Strokes Gained: Tee-to-Green.

While the par-3 sixth hole catches the eye with a bunker in its center, the par-4 10th is the signature hole. Avid fans of golf already are aware of that, but even they might be surprised that the 315-yard beauty is easier than a few egos inside the ropes might let on. It’s a fact that No. 10 was the easiest par 4 at Riviera in four of the last five years, including in each of the last two. Scott birdied it in each of the first three rounds before settling for a par in the finale last year.

The overarching message is that Riviera is as firm and fair as it is consistent. In other words, returning competitors know exactly what to expect. There are no tricks.

In general, the aforementioned data could apply to every edition in which the weather cooperates, as it often does in sunny Southern California. This week’s forecast is almost identical to last year’s with daytime highs in the mid-to-upper 60s and only passing clouds, if any. The only difference is that wind might be a little fresher this week, but the course rests 1-2 miles from the ocean, so it’s protected from the unrelenting gusts hard on the shore.

In line with its second edition as an invitational and elevated status, the winner again will be rewarded with a three-year PGA TOUR membership exemption (or extension of one season up to five if already exempt through 2023-24). What’s new to this year’s staging is that the champion will receive 550 FedExCup points instead of the customary 500. The same bump will apply to the winners of the Arnold Palmer Invitational presented by Mastercard and the Memorial Tournament presented by Nationwide.