LOS ANGELES – If you picked Justin Thomas for the low ball in today’s marquee grouping with Tiger Woods and Rory McIlroy, proceed to the window and collect you winnings.

Thomas opened with a 2-under 69 on Thursday at the Genesis Open, edging McIlroy (71) by two strokes and Woods (72) by three, not that his play impacted the crowd much on Day 1.

“Obviously everyone’s out here to see Tiger. I’m definitely the third player in the group,” Thomas said. “I had a couple times where I had a short putt, people are walking off, but that’s a part of it. Any group, you’re going to do that.”

Although this is Thomas’ first official round on the PGA Tour paired with Woods, he was paired with him in December at the Hero World Challenge. The reigning player of the year wasn’t distracted or in awe of Tiger during the round.

The two have become regular practice-round partners on Tour back home in South Florida, and Thomas flew to California for this week’s event with Woods. Thomas also has made a point of preparing for these kinds of pressure pairings.

“There’s moments when I think about it, probably moreso after the fact,” Thomas said. “But that’s why I reached out to Rory so much at The Bear’s Club. I wanted to play with him and people like him as often as possible so when I got in the situation, I wasn’t kind of sitting back watching them hit every shot.” 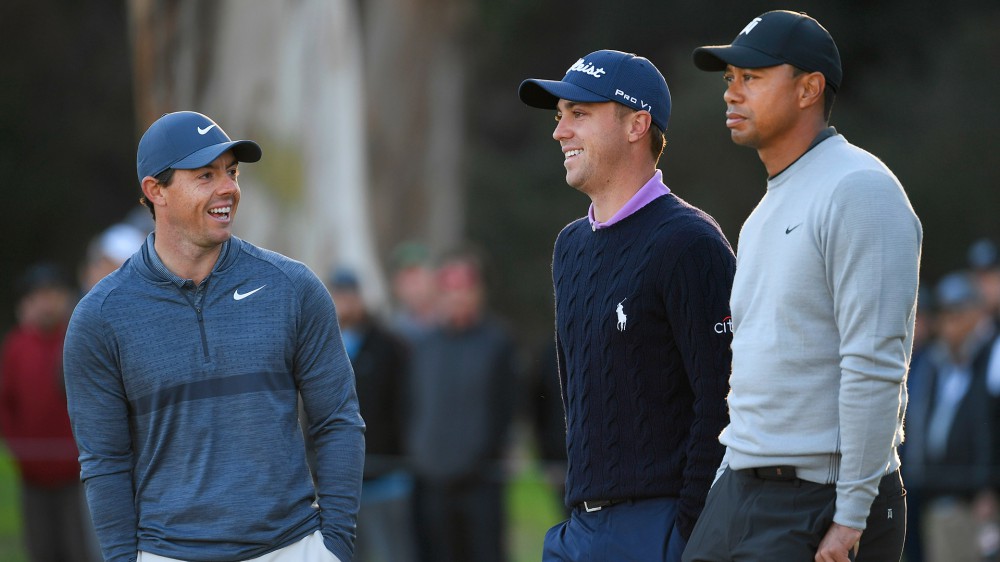 Chun on mend after health scare

After just 25 minutes, first round of Masters suspended because of weather